I hope you’ll pardon my bad Klingon handwriting. I do my best, but I don’t have the coordination of a true Klingon Warrior.

This weekend, JJ Abrams second Star Trek movie is coming out. He has sworn, and I have heard through the grapevine, that there are KLINGONS in it!

I am very, very excited.

You can keep your Vulcans and your Romulans. There is one great Empire, the KLINGON EMPIRE! Their might spreads across the stars and brings blood an honor to the vast reaches of known space.

Okay, so Klingons are basically Space Mongolians. They kick a lot of ass all over the Alpha Quadrant. They actually have weapons and stuff, which makes them way better than all the other pansie ass Star Trek aliens.

More importantly, though, the Klingons have both Honor and Style. They have kick ass spikey shoes. They have bad-ass face ridges. They fight with really awkward swords and still kick all the ass! They wear armor. No one else wears armor. Their teeth are pointy because unlike the Hippie-Ass Star Fleet, Klingons EAT MEAT! Their religion is full of awesome warrior stuff. They have a kick ass afterlife. They even have neon pink blood because a Klingon Warrior isn’t afraid to be covered from head-to-toe in pink… especially if it is the blood of his enemies! Klingon Ladies show off all the cleavage, but will probably smash your face in for looking. Not because they don’t want you to look, but because Klingons are so hard core they break bones while banging!

I don’t know about you, but I’m pretty excited for the new Star Trek. I loved the last one, and I’m expecting this one to be pretty badass. Even better is the fact that I get to go and see it with my Dad, Brother, and Uncle.  Those are the three guys that took me to my very first ever convention. Those are the guys that put the geek in my brain.

So, it’s Friday. The movie is out now. I hope you all go and see it and love the crap out of some awesome Klingons.

Me, I’m on the road to Montana to see it with my dad.

DO NOT SEND ME SPOILERS.

Or do, I don’t really care…

2 thoughts on “WHERE MY KLINGONS AT!?” 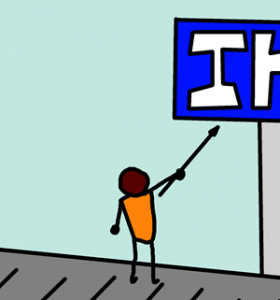 A TIMELY Talk about My Generation