Some of you might remember that Yeti Detective and I used to do a podcast. We would lock ourselves in a small room with a microphone and an internet connection and ramble everything that came to mind for an hour or so. We would us usually do this on a Tuesday night after going and getting dinner and drinks. It was called the Half Drunk Podcast because Yeti would get blotto and I would generally remain sober. After doing this off and on for over a year, we deleted the website, destroyed the majority of the episodes and used lasers to remove all recollection of having participated in it ourselves.

Every so often, someone asks me, “What happened to the podcast?”

The short answer, “We were neither funny nor informative.”

The longer answer, “We were part of the problem that we saw in the world and decided that we didn’t want to be that way anymore.”

Now, I’m not going to speak for Yeti Detective, mostly because it would probably require that I gain a few IQ points and then kill them with copious amounts of alcohol. Both are things I’m just not willing to invest the money in at the moment. So what I write here is purely from my perspective. If he wishes to give a consent with it, he can do so. He knows how. He has the power to do that.

To Realize You’re the Problem

For a long, long time, I lived in a bubble. I thought that as long as I was not actively creating evil in the world, then I was being a good, honorable person. I ignored the struggling and suffering around me and I justified, at least to myself, that it was meant to be like that. I told myself that the only way anyone can gain true strength is by overcoming adversity. I told myself that most people are generally good at heart, and that the world was filled with misfortune that was both chaotic and unpredictable.

I lived like this for years. I waltzed through situation after situation without ever really thinking about how much easier it was for me to overcome adversity than some of my friends. You see, I had something that they didn’t.  It isn’t something I earned. It isn’t even something that makes me special. I have a privilege because of who I was born.

I’m not going to try and explain what male privilege is, or white privilege, or straight privilege, or even huge dude privilege. I’ve come to realize that it isn’t something that necessarily can be explained, it’s something that has to be understood. I think it’s one of those things you have to be ready to understand in order to grasp. The best I can do is give you an example of what made me realize the truth of the world.

A friend of mine told me about the time she was mugged. I generally try to examine a story and bring it into my own existence. I try to understand it from the inside and out. I try to accept it as part of me so that I can file it away as part of human existence. I couldn’t understand her story.

“Well, yeah, he was stronger than me.”

I should point out that I am a huge guy. I’m not freakishly tall, but I’m several inches above the national average. I have around 100 pounds on the next largest guy in my circle of friends. I’m pretty fat, but even so, I’ve spent years learning how to hit people with things, so I’m comfortable with moving my body when I need to. I’ve been told that my facial expressions intimidating and the way I carry myself makes me seem much, much bigger than I am. I can’t vouch for that one way or the other, but that’s what I was told.

The concept of being intimidated by an unarmed mugger was a disconnect inside my mind. It fell into my brain like a glob of ink and sat there, absorbing other gooish thoughts. I became aware of the fact that there were so many times in my life when I just didn’t understand the fear that my lady friends considered a normal part of their existence.

My ex-wife is a woman that has almost as much experience fighting as I do. I can vouch for her left cross having the knockdown power of an elephant. The very first time we ever hung out with friends I startled her and she brought me down with one jab to the mouth. We joked for years after that incident that it was the day I decided I was in love. When I think of a person I would not want to mess with in a dark alley, she’s on my list. All of this, though, and I still have stories of times she’s called me to come and pick her up because someone was following her as she walked home, or someone gave her problems on the bus.

All of these disconnected memories suddenly regrouped in my head and screamed, “Dude! Look! This is seriously messed up!”

Then, there were all those times I sat in my cubicle and listed to a two old men spout racist, homophobic, sexist bullshit and I said nothing.

It made me sick to think that I hadn’t done anything, never said anything. I didn’t like that feeling at all.

Then I remembered some of the things I’d said on the Podcast, things that seemed like harmless jokes or inappropriate statements purely for the shock value of having said them, and I hated myself for it.

We can never go back in time and undo what we’ve done. We have to move forward, learn from our pasts, and try to be better in the future. I’ve realized that I’m not meant to be a spur of the moment commentator. I’m not suited to be a talking head, or perhaps more accurately, I’m too suited to being just a talking head. Saying something just to say it, it isn’t what I want to be. It isn’t something with value, it isn’t something worthy of doing.

For me, the podcast was an exercise in spontaneity that proved that my filter-less thoughts are not for public consumption. The jokes and insults that I level at my friends in a private, safe environment are not the same as the crap that comes out of my moth when I’m in public. A joke that has gotten a huge laugh from my gay roommate of seven years doesn’t have the same humor and affection behind it as the same joke told to a man I just met. The context has a meaning that people need to be aware of.

There are probably some of you out there that are saying, “It’s not enough, Matt, to not be offensive in public, you shouldn’t be offensive ever!”

You’re right, of course, but I don’t think my message is being understood if that’s what you think I’m saying. I’m not saying that my mistake is thinking it was okay to tell offensive jokes in public. My mistake was not understanding that different people take a different meaning from the things we say. When I throw an insult at Yeti Detective, he knows that the words are just words and the emotions are those actions I’ve shown over the last 15 years of our friendship. There is no offense because the audience is seeing it in the same light I am.

It is my responsibility as a content generator, to think about the broad stroke impact of my words and actions. I have to realize that I’m not talking (or writing) one-on-one in a safe, controlled, comfortable environment filled with friendship and love. I’m putting a message out into the chaos of hate and anger that is the world. If I don’t filter my words, the emotions of the world will filter them.

It’s about transparency, not confusion.

It’s about making sure that I am what I want to be, and that’s a positive force in the world.

Doing good is about more than just not doing evil.

Go Do Something Good

There is a lot of evil in this world. There is too much hatred, anger, misunderstanding and ignorance. I’ve come to realize that these things are part of the human experience. We all have our own shortcomings, our own evils we have to overcome and outgrow. For me, one of those evils was thinking that my view of the world, filtered through my privilege, was the only one. It isn’t the only ignorance I have to overcome, not even close. I’m still growing, I’m still trying.

I’m just here to say, I will be a better person. I will work to make this a better world. I will try to educate myself and overcome my own ignorance. I will speak up, not to be the hero, but because it’s what should be done.

And I hope you’ll join me.

5 thoughts on “Whatever Happened to the Half Drunk Podcast?” 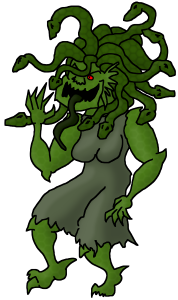