I wish I was better skilled and equipped to follow through with a little nagging dream floating around in the back of my mind. It’s not even a fully formed dream, per se, but an idea.

I’m hitting the age when most of my friends have kids. They vary in age from the beginning larval stage to the uncomfortable questions about their bodies stage. This has caused us to really start addressing the “kids on the field” issues that arise in an inclusive LARP like Eldaraenth that encourages family. To that end, some of the players have volunteered to wrangle children into a “warrior’s school,” to keep them entertained with game related crafts, basic combat training, and things like water balloon fights. It was a pretty clever idea, and once it spread out into the general game populace a lot of veteran players dug the idea completely and volunteered to help out.

We haven’t really needed it since the day the idea was created, but it has been festering inside my brain for a while now. Even though the number of children on the field has dwindled back down to a level that can be managed by individual parents (with the help of some watchful eyed aunts and uncles), the thought that there should be a place where geeky kids can go to learn about life as geeky adults has really stuck with me.

Then Penny Arcade did this.

If you’re not familiar with the Lookouts comic they created, the basic idea would be to take the Boy Scouts and transfer that concept into a medieval fantasy world. The entire concept was pretty close to what we’d had in mind for dealing with the snotlings running around Eldaraenth events. The concept grew on me a little more from there, some part of my brain running around collecting information passively, assembling lists of things that kids could do and should learn that would help them grow in to honorable and skilled warriors.

Then there was a giant wave of backlash against the Boy Scouts, and for good reason.

To put it simply, the Boy Scouts teach intolerance and bigotry.

Then, I learned something else about Boy Scouts that made me chuckle:

The teach incorrect archery practices. The archery they teach is not only back-asswards ineffective, but it has significant potential to seriously injure the archer. It made me start to question everything they taught these days, and I found out that they don’t really teach the survival skills, leadership and preparedness that was once an incredibly powerful and proud legacy.

Basically, the only thing that Boy Scouts teaches is bigotry… and how to cheat at pine box derby cars.

That leads me back to my original dream.

I wish that I had the skills and resources to create a new version of the Boy Scouts, although, that’s a misnomer, because warriors don’t care what type of plumbing you’ve got. I wish that I knew how to gather the people with knowledge and skills together and help them spread the tradition and honor of Romantic Chivalry on to a new generation. Teach little boys to be Aragorn and little girls to be Eowyn, or for that matter teach little girls to be Gimli and little boys to be Legolas.

No body gets to be Gandalf, though. That’s just silly.

Then again, maybe teaching kids that it’s okay to be silly is alright, too.

I just wish I knew how to do it. 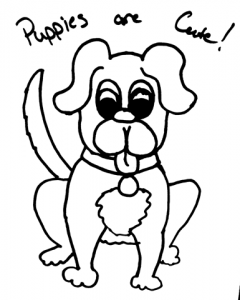 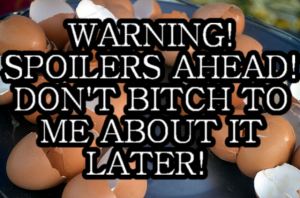 The Dark Knight Rises – A breakdown of Why Christopher Nolan is a Bad, Bad Man (Contains Spoilers)