If we live truly, we shall see truly. – Ralph Waldo Emerson

Not everyone wants to travel the world, but most people can identify at least one place in the world they’d like to visit before they die. Where is that place for you, and what will you do to make sure you get there? 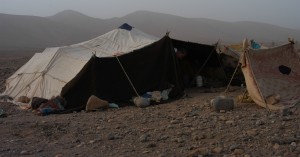 I've been thinking about building a Yurt for some time. It will aide me in my nomadic lifestyle.

My mom was a big fan of the Little House series by Laura Ingalls Wilder. I think all of us read it growing up. “Itchy Feet” is a metaphor that Laura used to refer to her father. He was a man that didn’t like to stay in one place too long. He like to conquer and move on. If he ever got too comfortable in one place, that meant it was time to head out to some new and untamed part of the world and bring it to submission.

My parents are like that, too. Although their nomadic lifestyle was coming to an end around the time I came along, I still went to five different elementary schools. When I was in fourth grade my parents decided to settle down in a suburb of Kansas City. My older brother, who was a sophomore in high school at the time, was pretty excited to not have to worry about moving anymore. I guess my sister and younger brother were, too.

Me, I’ve always had itchy feet.

I think part of it is because I’m weird, and people don’t really like that. Part of it is probably because whenever I start to get comfortable somewhere I really freak out and have to run away and create a whole new set of problems for myself. I’m a nomad by nature, and I don’t really like the idea of being pinned down to one place.

Five years ago, my parents decided they were tired of being bogged down in stinky ole Missouri, and took off to the undiscovered wilds of Montana, where the men are men, the women are men, and bears steal food out of the dumpster behind K-mart. When they left, they passed the house on to me. At the time, I was about to get married, working a well-paying job, and really looking forward to having a home of my own.

That was five years ago. Now, being tethered to one place is starting to chafe. My legs are getting bouncy and I’m starting to get riled at the invisible bars I’ve caged myself in with.

When I become a wondering nomad, I will wear awesome goggles instead of just my glasses, because I rock out like that.

My Parents are coming back to Missouri at the end of August. It’s a pretty huge deal for me. Part of it is because of how close I am to my parents and the fact that I miss them, but I think the bigger part is because its the key to the cage I’ve built around myself. It lets me look at the future and say, okay, now I can start preparing to move on. It might be just across town, or it could be the other side of the world. It doesn’t matter too much, at least it’ll scratch my feet a little bit. 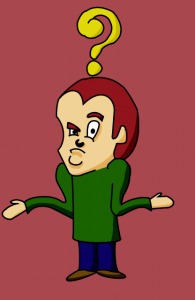