It starts small. Everything in life does. Know the goal, take the steps. Those are the same rules that apply to every major life change. If you want to quit smoking, your best route is to cut back gradually, one cigarette at a time. Each step is important, left foot, right foot. For what I intend to do is the same. All I have to do is set the goal, figure out the steps, and then take them.

My name is Matthew Aaron Brotherton. I am twenty nine-years old. I am going to be a professional writer by the time I’m 30.

That might be a bold and egotistical claim, but now that it’s out there,  I can’t allow myself to back away from it. So, step one is to name the goal. That’s out-of-the-way. I’m simply going to make my living by writing.

What I’m not doing now is trying to write an article on how to become a professional writer. There are plenty of blogs and books that claim to teach you how to do that. Obviously, I’m not the one that can teach that, anyway. I’m not a writer. I write. I put words on paper and screen, but I’m not on the level that I would consider myself to be a writer.

In the grand scheme of things, the step to move from couch potato to blogger was actually a pretty big step two. It only took me ten years to carry out. I had to get myself into a place where I could take that leap.

Writing about blogging isn’t why I’m writing this either.

I’m writing this to dedicate myself to the next step. The step that comes from the dive into doing this full-time. I’m defining who I am and who I am going to be.

I started blogging on September 22, 2010. I had a goal of using the blog to teach myself to write every day, to develop a voice and style. In the back of my mind, I was secretly hopeful that by starting the blog, I would become a millionaire or something. I think a part of me thought that I’d just be good at this without work, and by the end of the year I’d be rich and famous.

Obviously, that was stupid.

One of the things I’ve learned over the last two years is that no matter how amazing your blog is, and there are some truly wonderful blogs out there not getting enough attention, you will never be someone like Mark Twain or Hunter S. Thompson. Maybe I’m wrong about that. There are people who have become the modern-day equivalent, I suppose. Someone like The Oatmeal, for example.

That isn’t to say that you can’t become successful, or even famous, by blogging. It just isn’t the same as the classical sense of being a humorist or an autobiographer. In the modern world, the concept of the niche has pretty much permeated everything. It was destined to happen. When all of human history and knowledge is at your fingertips, it pretty much has to be broken down into increasingly specialized fields. That’s why I had to figure out what I write about. I had to find my niche.

When I think about what it is I write about, I’ve always had a hard time defining exactly what the point was.

Why do I write?

If I’m being honest, I write because I’m afraid that I’m not going to ever be good at anything else. I’ve spent the majority of my life with daydreams and nightmares running around inside my head when I should be paying attention to something, anything, else. You would probably not believe the number of times I’ve had a random stranger walk in on me carrying on an imaginary conversation or fighting off an imaginary monster in a public place. My coworkers have actually gotten pretty used to it.

I figured that if I was going to spend  my life being insane and chaotic because I had too much crap going on in my brain, the best solution was to at least try to make a dime on it.

I write because I’m not right in the head, and this is the only way I know to try to deal with that.

I write because I’m weird, and I want you to be weird, too.

The Why Leads to the What

One of the things I’ve had a problem with is what to write. When I was a teenager, I never had that problem. I wrote fiction almost constantly. I wrote about the fights in my head, or the world ending, or exploring a haunted girl scout camp. I never seemed to have a problem coming up with what to write.

Then I stopped writing every day. I stopped exercising the writing muscles. I never wrote anything more than a thousand words long, and even what I did write was rare. I was slacking pretty heavily. I like to think of those times in my life as my own personal Dark Ages. They did involve a lot of sword battles, even if they were of the boffer variety.

So, when I started the blog a couple of years ago, I had this assumption that if I just sat down and wrote every day, I’d know exactly what to write. When it was getting harder and harder to know, I told myself that was okay. It would get easier as I regrew that part of my brain. I didn’t have a goal for the blog. I couldn’t, I didn’t know why I was writing it, other than to be writing. I focused on the wrong end.

Fortunately for me, I have an incredibly intelligent and brilliantly wise father. He gives amazing advice and sees the things about me I would never be able to see myself. I didn’t listen to him because I’m an ego-maniacal madman, but he has been right this entire time. I do have a purpose for this blog. It isn’t just the place that I put up the random thoughts of my diseased brain, although it can be that, too. This is the place where I document the journey I want to undertake.

This is where I tell the world about my path to being a professional writer.

Don’t be surprised if there are changes around her in the weeks to come. This past weekend was the first of my 4 day weekends through the month of February. It’s all leading up to my full-time unemployment in March. In the weeks and months to come, I am going to redouble my efforts to not just kick myself in the ass until I have started achieving my goals, but also in telling the world about the experience.

Maybe, if I share what happens to me with the world, it’ll help someone else that might be stuck in the same thickets on the forest path to authorial enlightenment. Maybe it will just give me the kind of accountability I need to get myself from point a to point b.

Either way, that’s what my intentions are. That’s why I’m here. That’s why I am going to keep blogging this little blog when a big part of me wants to give up and get a name tag job.

Besides, the last time I worked as a cashier, I spent most of my time scribbling on the back of receipt paper anyway. It was a lot easier to explain to customers than when they caught me pretending to shoot a bow at a dragon. 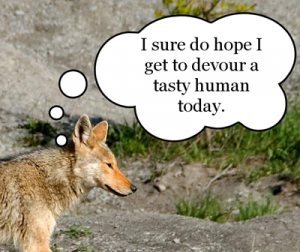 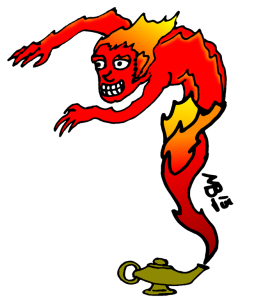