The faint glow of a few dozen electric screens and the mix of chirping 8-bit music crashed over Neal, filling him with enough childhood memories to almost let him ignore the smell of burned popcorn and body odor. The arcade’s owners went all out for authenticity.

It wasn’t the refurbished classic machines like Golden Axe and the original Gauntlet. Even the customers were in on the action, dressed in the latest fashions of 1985.

“Excuse me, sir?” A teenager in a neon green t-shirt and blue-and-orange checkered suspenders pulled at Neal’s sleeve to get his attention.

“Are you NerdMac?” Neal asked. “I got your page.” He held up the clunky device. “I didn’t even know you could still get service on one of these.”

“I don’t know what that is or, like, what you’re talking about, but you’re blocking Commando and I’ve got paying customers.” He pulled Neal out of the way and a pair of kids who would have passed as extras in War Games crowded into the console. “If you’re, like, just here to hang, you can do it in the snack bar.”

“Yeah, okay. Sorry.” Neal followed the teenager passed a cage filled with stuffed animals and into a dimly lit room with flickering lights. The floor was extra sticky and the air reeked of cotton candy.

“Be careful. The lights are, like, totally spazzing. They’ve been, like, flickering for the last few days.” The teenager shook the heavy coin block on his waist. “I’ve, like, got to get back out there. Steve can get you, like, a drink or something.”

“Whatever, man,” the teenager said and left the snack bar.

Neal shrugged to himself and looked down at the message on the pager. There was only the one. The only message he’d received since finding the heavy device in a plain brown package on his doorstep Monday night. NerdMac’s email swore it was the only secure way to send the location for tonight’s meeting.

He glanced down at his watch and waited for the last few seconds to pass.

“It’s dark in here,” a synthetic voice said from the back corner at the exact moment Neal’s watch flipped from six to seven.

“I take it you’re NerdMac?”

“That is one of the many names I have used. Yes.” A figure emerged from the dark, wrapped in a heavy black cloak with a cowl deep enough to completely obscure the face. A mechanical whir accompanied each step. Something beneath the cloak shifting to change the figure’s height and build.

“The flickering light is annoying.”

Neal nodded. “The kid said the light’s been flickering for the last few days.” He did his best to talk to the shifting head as it raised, lowered, inflated and deflated.

“A few days? Poor bastard still doesn’t know he’s been stuck in a temporal loop for the last 30 years.”

Neal pulled a digital recorder from his back and clicked it on. “Is that what you brought me here to see? An arcade literally stuck in the 80s?”

“No, that’s old news,” the figure said. “The owners use it in the advertising.”

“We’re not going to be stuck in a time loop ourselves, are we?” Neal asked.

“If we are, we’ll never know,” the figure answered. “Come, I have something you really should see.”

The figure walked back to the shadows and disappeared into the darkness. After an interminable wait, a door opened in the wall. It slid away in a brilliant white light. The figure stepped through and beckoned for Neal to follow.

They passed through a tunnel of white and emerged into a massive warehouse. Tanks filled with naked bodies, male and female, all perfectly shaped with only the slightest variance in skin tones and facial structure.

“Welcome to the Star Factory,” the figure said. “Every pop singer since 1973 was grown here.”

“You’re surprised? We discovered the scientific and mathematical formula for the perfect pop song in the 1950s.” The figure stopped and turned to one of the tanks holding a small blonde woman. “Why wouldn’t we turn our attention to perfecting the performer?”

“I’m surprised you mass produce them. Seems like a bad business model.”

“The shoulders of the robed figure rose and sank slowly. “It’s cheaper to order them in bulk and they stay fresh until you break the seal.”

It turned away from the tank and moved deeper into the warehouse.

As they walked by tank after tank, Neal noticed a change in the bodies. The deeper they got, the more diverse, and at times, deformed, the bodies became.

“We’re experimenting with diversity. We want to see how many we can have active at one time,” the figure said. “We’re diversifying our portfolio.”

They arrived at a large security door covered in warning signs. “This is where we keep the rejects and more dangerous experiments.”

“What kind of dangerous?”

“Mutations with interesting side-affects. Some are too perfect.” The figure made a gesture beneath its cloak and the door opened.

More tanks lined the walls inside. These tanks were thicker, heavier, and locked with both advanced electronic locks and heavy chains. The figure ignored the tanks and kept walking.

“This warning says, ‘May burst into flames.’ How does that happen?” Neal asked.

“Very easily, it turns out.” The figure rounded a corner and gestured to five empty, broken tanks. “This is what I needed you to see.”

“Warning signs measure an audience reaction, not the performer.”

“Los del Rio was considered a mild addiction.” The figure turned away from the broken tank and started back toward the door.

“Why did you bring me here?” Neal asked, following the figure out.

“Your blog proved several stories no one else believed. I thought you deserved to be the one to record how the world ends. Death by One Direction.”

I’m so out of touch with what the kids think is cool these days I actually had to google “Popular boy bands 2016” to get my punchline.

At least I wasn’t so far out of it I thought making a New Kids on the Block reference was topical.

Categories
My Stories and Short Stories 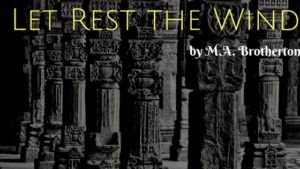