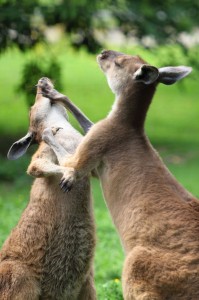 As I’ve already talked about in the last couple of weeks, it is debate season and I am an argumentative dick. These things tend to massively inflate one another, and it seems to me that this time of year in general brings out the aggressive sharks from all corners of the internet. In years past, these arguments would be confined to the dark corners of cyberspace, niche chat rooms, forums… even the old Newsgroups and BBSes.

Then, along came the Facebooks and Twitters, and EVERYTHING CHANGED FOREVER!

Everyday, I see it more and more. Perfectly rational, intelligent, kindhearted people are mutating into monsters of an uncannily destructive and aggressive variety. They are turning into huge, opinionated jerks like me.

This is extremely dangerous. Not only does an increase of jerks lead to an increase in extremely passive-aggressive crime, but it puts extreme strain on the Jerk Ecology. My environment is threatened by a massive increase in the ass-hat population. I won’t be able to survive this.

On a scale of Gandhi to Dennis Miller, I rank in right around a Jiminy Glick! I don’t think I need to tell you how low on the jerk totem pole that is. I mean, that’s like right in between “Guy having a bad day forgetting to hold the door open for a pregnant woman” and “Lady screaming into her cellphone at her cheating boyfriend while checking out at Costco.”

I’m not the only person being hurt by this horribly tragic turn of events, either. Think about the innocent victims that are getting caught up in these rampant jerk-offs…. 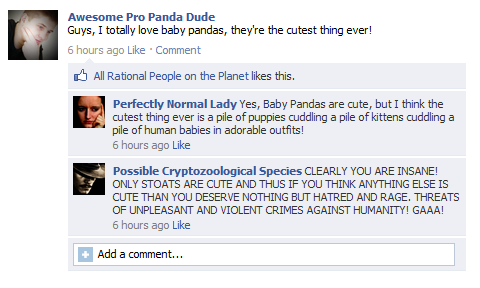 It starts like this and ends only with bloodshed and tears.

Trying to be creative is turning me into a bit of a skeevy perv this morning. I blame the kangaroos.

Anyway, these arguments can erupt in the most innocent of places and turn into vicious, bloodthirsty wars of terror and attrition.

You never know when they will break out, but you can almost always be assured that once someone has been bloodied in one of these minor battles, they will become jaded enough to create more and more of these fights on every topic. Especially if they have serious emotional damage, like the type that makes them think that a weasel is a cute animal and not a blood thirsty killing machine…. or something like that.

The slightest mention of religion or politics is enough to cause a massive wave of people flooding into your Facebook Timeline with no interest in anything other than non-verbally shouting the loudest.

Everyone wants to be heard.

This is especially true if their opinion is meaningless and unthoughtful, since those are the people who tend to be heard the least.

The Internet is a valuable tool in that it gives everyone a soap box to stand on and an audience, no matter how virtual.  I mean, look at me! I am literally writing this with the narcissistic expectation that maybe THIRTY PEOPLE might read it and be like, “THIS DUDE IS A GENIUS!”

I’m not, by the way, I just realized that I needed a bigger soap box than Facebook to do my insane ranting on. I don’t think that makes me a genius, just determined to annoy the piss out of as many internet heads as possible and this seemed like the laziest way of doing it.

(I was wrong about the laziness value of blogging by the way, it’s actually pretty time-consuming and difficult.)

So, yes, everyone needs an outlet, and for some of us that means our own Facebook wall.

Yes, it is  your Facebook wall. You can put whatever you want there and only Mark Zuckerberg and a handful of other people dumb enough to invest in a profitless IPO have any right to tell you otherwise.

The only reason someone would care what you put up on your wall is because they’re dicks. 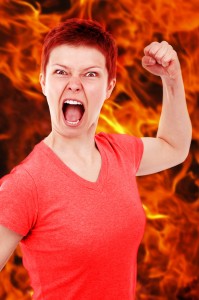 Look, here is a very simple truth that everyone needs to accept:

Some people are just bitter and cruel.

There are times when you invite trouble on your timeline. For example you might say something like, “I welcome everyone’s opinion,” then you’re basically saying, “all trolls welcome here.”

This is your fault.

DO NOT, EVER, ASK FOR PUBLIC OPINIONS ON SOCIAL MEDIA. YOU ARE ASKING FOR TROLLS TO DINE ON YOUR HOPES AND DREAMS.

This is the best advice I can give you to keep yourself safe from dickery. Most trolls only go where they are invited. It takes a seriously deranged type of person to intrude where there is no call.

Those are the angry, bitter Butt Monkeys I’m talking about.

These are people who have a serious, emotional issue with whatever it was you just said. They have an illogical, psychological need to be aggressively antagonistic against a certain topic or viewpoint. They stalk their social media just waiting for someone to provoke their blood thirst.

When you meet someone who consistently assaults you or their other friends for your opinion, usually from out of no where and often making extremely illogical jumps and stretches to fit their arguments, then you have two choices:

Look, We need to get past the social stigma of unfriending someone. There is nothing wrong with it. Not being friends on Facebook doesn’t mean you can’t interact in other social situations. It might even make those interactions more pleasant and less hostile as you never spend all that time building up impotent rage over something as trivial as the price of gas in Belgium, or how radiating a squid to give you squid-powers would be  infinitely better than spider-powers. Instead, you’ll just, you know, joke about nuclear war and mad cow disease like normal, well-adjusted people.

Now, what you all came here for in the first place:

I can end all of your troubles and tribulations in the social media world. Well, eventually, it might take a while.

You see, people who can’t help but get into deep, powerful arguments just need a channel for expressing their anger and rage in a way that allows them to feel that they are being heard, that they are winning, and that they might be able to crush their opponent’s sanity.

For that reason I’ve invented something brilliant: 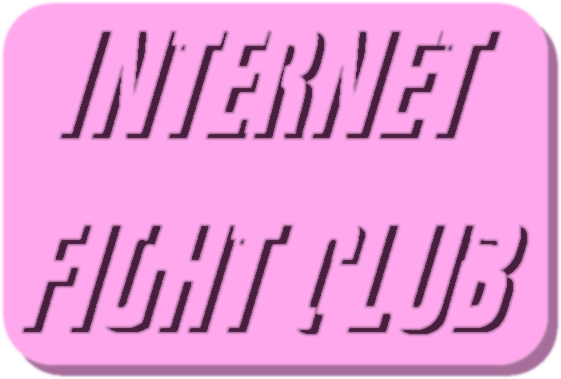 Okay, so the graphic is kind of crappy. Sue me you picky bastards!

I have an idea…. with no means for execution yet. We created a new type of social media. One dedicated entirely to being allowed to duke it own with troll after troll after troll. It would become an immensely popular place to argue, since trolls will go there to troll and internet white knights will go there to save people who don’t know any better.

The absolute best part of the idea:

The first entry in every discussion will be posted as if it came from one of the following people, determined at random:

You will never know who started the fight,  not really. It’s important that we have the decoys, though, because those are the people who seem to have the biggest drawl for the most visceral trolls and the most honorable nice guys.

Evert discussion or comment thread will have a randomly selected, predetermined, secret lock timer. When the timer hits 0 the thread locks. At this point it is sent to the judges. The judge will decide who wins based on a set of criteria that will also be kept secret.

The participants and their rankings are announced publicly, along with a certain level of ridicule for the losers.

Eventually it will branch off into a Television game show where we lock the contestants in pods with internet access, force them to argue one another while the audience sees what they have on their screen the entire time.

4 thoughts on “Social Media Trolling: A Solution For All Your Woes” 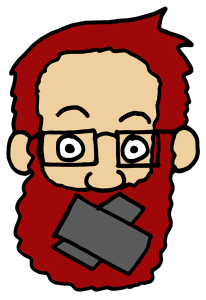 #Doodle: Do Not Censor Yourself 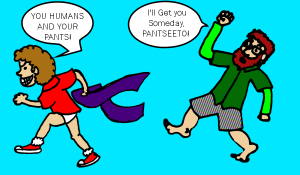