At the start of this year, I was very, very gung-ho about writing a shit ton of books. No, scratch that. A fuck ton. No… a metric fuck tonne. I had it in my head that because I am physically capable of typing 4800 words per hour, I would be able to write 4800 words per hour, all day, every day. For those of you that aren’t so great at the math, that’s basically a Seven Keys Saga book every 8 hours. So, yeah, I had this idea in my head that I would just write a book every day.

So, as the year ran by and my realization of my own abilities grew, I had to cut a lot of great ideas from the block. 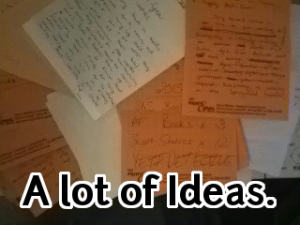 In the end, I’m still pretty happy with what I’ve done. I’m glad I decided to focus the beam and produce something people are enjoying. But, today’s Reverb Prompt is about the things we didn’t accomplish and have to let go of. I will never truly admit that these things won’t get written, but it’s looking less and less likely every day. Still, I keep my giant pile of notes. 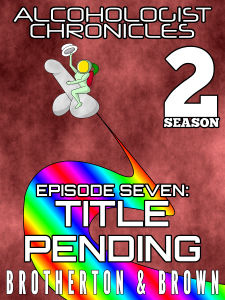 In February of this year, Chris and I committed a crime against humanity. We didn’t do it because we’re horrible people, that’s just a side benefit. We did it because we thought we were clever. So very, very clever.

That crime was writing Alcohologist Chronicles Season One. We took a failed idea we had for a webcomic and turned it into a failed idea for a book series. To this day, and I’m going to be 100% transparent here, we’ve made $6.54. That’s right, in ten months of sales, we haven’t even earned $1/moth. Most of those sales come from the fourth episode, the misleadingly titled Consensual Tentacles.

Now, don’t get me wrong. I loved writing AC, and even as crappy as it is, I learned so much from doing it that I don’t regret for a moment the time spent on it. I would love to write a second season, but it probably won’t happen. It definitely won’t happen any time soon.

Chris and I have just gotten too busy with our lives.

One day, though, Thaddeus, one day we (and Kate) will learn all of your dirty Alcohologist Tricks.

Part of the reason AC2 isn’t coming down the pipeline any time soon is because my writing partner for Motomorphosis books, one Mr. Yeti_Detective isn’t able to work on them with me. I won’t do them alone. Unfortunately, there are a couple of actual legitimate titles that will also not be appearing because of that. 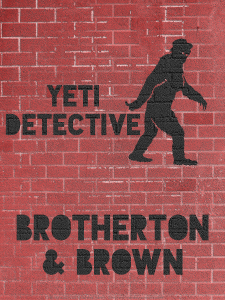 We don’t know, we haven’t gotten that far.

This is another project that Chris and I were going to work on that life got in the way of. We had exactly one story meeting about it. It went something like this:

We haven’t been back to it since then. Seriously, this one would have been an awesome book. Chris has had this character lurking around in his brain for so long it’s his freaking twitter handle. We didn’t have a plotline developed yet, but we did know that it was going to involve squid people. Considering the popularity of aforementioned Consensual Tentacles, it might have been a huge seller. The world is probably weeping tears it can’t possibly understand because this one didn’t get made.

The Sad Angel Project is a different story altogether. Again, this was the other work that Chris and I were going to co-write, but sadly, I didn’t feel up to snuff as a writer to handle Chris’s awesome beats. I don’t want to give too much away on this one, because if I can get my writing chops to where they need to be to do this story justice, I’m going to make it happen. I have Chris’s beats and I might have planted a small tracking device under the skin of his neck a few years ago. It probably won’t happen in 2015, but it could. I love the concept, and now that I’ve spent November writing something similar (but very much not the same) I’m starting to think I can handle this story.

That other story, by the way is the first book in the Angelic Fall Trilogy. You can look for it to come out sometime in 2015. I think I’m going to write all three before I release the first one, though, and the first one is a long way from being done. But, since I’m in a cover sharing mood, you can have that cover, too: 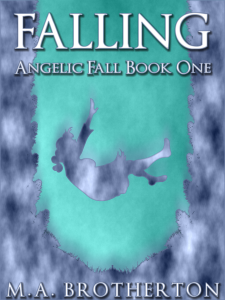 If you can’t tell, I’ve kinda re-focused my doodlin’ bug on cover design this year. I’m far from being awesome at it, but I think I’m getting better. I’m also a big believer in having a cover, even a shitty working cover, while I’m writing a book. Something about having that picture makes it easier to get things finished.

I’ll talk more about the Angelic Fall Trilogy when it’s closer to release. It’s a franken-project that was supposed to be a Romantic Comedy in the “Exotic Girlfriend” style like some of my favorite Anime, but took on an entirely different life of its own. This has led me to believe that maybe, just maybe, I can’t write romance.

Which is a shame because it means you guys won’t get to read:

I don’t have a cover for this one, sorry. I actually sat down and created the story beats for a romance book back in August. It was going to be about two LARPers that fell in love over the course of a LARP season. I was really excited about writing it. I figured it could be a whole new sub-genre of Romance.

But then I got behind on Summons, and everything had to get back burnered. It’s one thing to shelf a story no one knows you’re working on. It’s another plate of spaghetti entirely to miss a deadline on the one thing you actually have someone wanting to read. I don’t know if I’ll ever get back to the Geek Romances, but I hope I can at some point. I’m a sucker for a good Rom Com.

Since there wasn’t a cover image for this one, you can laugh at one of my shitty early attempts at the cover for Choices. It’s exceptionally bad. Although, if you want to see some really bad cover attempts, check out images on my Facebook page. 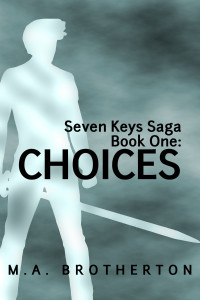 Believe it or not, there was a night when I thought this was pure genius.

I’m going to have to stop telling you about the projects I have to let go of or I’m going to run out of time to work on the few I’m still clinging to. This post is already way too long. There are a ton of other ideas, some of them just got piped down the line a ways, some are completely nixed. Believed it or not, at one time I considered writing a series of Dinosaur Alien Invasion stories with tiles like DAI: CHICAGO and DAI: SYDNEY. I also scrapped any chance of coming back to the much ignored Vengeance Seeker world any time soon.

That’s not even counting the literally 100 possible titles for Eldaraenth that I want, neigh, need to write but just haven’t been able to find the time. All of that can come later, down the line.

For now, I’m going to sign off of here and get back to work on writing the things I didn’t abandon this year.

4 thoughts on “Ideas You Won’t Be Reading Soon #Reverb14” 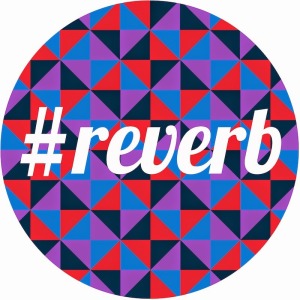 These Things I Know #Reverb14