It was inevitable. Something that adolescent boys do is fight. There are no exceptions, no matter how fat and nerdy the boy is. That’s why it came as no real surprise to my family when about halfway through the first semester of middle school I found myself suspended for three days for fighting. I wasn’t even punished that severely for fighting, it was all about where the fight took place. School is where you go to learn, not to fight. Still, the family mantra was repeated by my siblings, my cousins and even my grand mother, “Never start a fight, always finish one.”

I have never been popular, and most of my life I had never been accepted by even the other outcasts. I was the target of every bully, asshole and tyrant the schoolyard had to offer. Torturing me was almost a Rite of Passage, and I was getting tired of it.

It started at lunch with a group of people that weren’t quite friends. They argued over the dumbest things, the type of stuff that only real geeks have that level of passion about. It happened every day, and I was almost always left out of the conversation because I didn’t know anything about comic books or movies that were less that a few years old. Even if I had been interested in those things, my parents had instilled in me a frugality that would never have allowed me to spend money on things like that. They were just too fleeting. I guess that was what really highlighted that I was truly alone, and it made me into that target.

It didn’t help that I was also the most emotional pubescent boy in history, prone to breaking down sobbing, or worse, if I was pushed the littlest bit.

Bullies come in all shapes and sizes. They aren’t just the preppy jocks, drugged out boyfriends, or alcoholic fathers. Anyone can give in to the rage and pan that builds up in the soul. The predatory instincts to lash out at the weakness of others and the emotional need to prove our strength is part of our genetic code. It makes monsters of men and overrides all senses. There is no sign that marks a bully. There is no way to know if they’re coming. For me, that day, the bully was a chunky, ginger nerd. I know now that he himself as a target, and he wanted to prove to those higher on the social food chain that he was not the weakest link. Unlike me, he had friends and supporters. I was alone. I was always alone.

It started with a shove and a shout. I felt his hands on my shoulders, the weight pushing me forward in the hall and heard the snarl in his voice.

“What you gonna do, faggot?”

I wasn’t sure what was happening, and anger seeped through the cracks of confusion as I spun around to see what was going on. “What the fuck was that for, man?”

My lunchroom companions were all behind me, forming a half ring across the hall. Their faces a mixture of excitement and worry. They knew this was wrong, but teenage boys have a hard time stopping a fight once it’s started. They circle like sharks when blood is in the water.

I took a stumbling step back as I was pushed again, harder this time. I was surprised that Kyle was the one pushing me. I had actually thought of him as a friend. Now, his face was flushed red behind his freckles, like a tomato covered in streaks of dirt. His eyes narrowed down and his nostrils flaring. He looked like a bull ready to charge.

“What the fuck?” I asked again, my arms open at my sides as I took another step back. I could feel heat flushing up to my face, burning behind my eyes. I blinked the tears back as embarrassment, fear and anger mixed into a storm in my mind. No answer came, he just stood there, his hands hanging at his sides as he leaned forward, his face and chest sticking out. I just shot out a quick, “fuck you then,” and turned to head back to class.

His hand grabbed my shoulder and jerked me back around to face him again. His other hand rose up and slapped me, hard, across the face. A loud smack, then, a second later a sharp sting on my cheek. My eyes began to tear up again and before I knew it, he was pushing his chest against mine, his rancid breath in my nose as he shouted obscenities directly into my face.

I froze, my muscles locking on me, still completely unsure why all of this was happening. All around me I could hear the other boys chanting the word “Fight!” again and again.

“What you gonna do, faggot,” he repeated again, louder this time, “Cry like a little bitch?”

I had never been in a fight before. I had always fled or just let them beat me up. My instincts told me to turn and go again, but he just kept shouting in my face and stepping to stay in front of me each time I tried. I was close to breaking down and sobbing again. They all sensed it and the calls became harder, more directed and hurtful. Then, something slid like a snake through my mind. The whole thing was absurd. Kyle was a foot shorter than me and half as wide. here was this little bitch of a leprechaun standing on his toes to reach my face, and he had slapped me.

The whole thing was ridiculous. Fear melted away completely, confusion following. The heat burning my eyes spread out to the rest of my face and neck. My shoulders tensed and all that was left was anger.

Here was this midget, barely able to reach me as he stretched himself as tall as he could. It was pathetic, and worse, I was pathetic because I’d let myself be afraid of him.

What I had to do became crystal clear.

I shifted my weight onto my left leg, grabbed him by the shoulders, and kneed him as hard as I could in the balls… Twice.

I let him go and he slumped to the floor, groaning.

That was how the teachers found us. A ring of twelve year olds, Kyle laying in the fetal position sobbing and whimpering, me standing over him considering if I should stomp on his face for good measure and daring the others to come at me, too.

I got three days of out-of-school suspension, extra chores at home and a lecture from my dad.

He got five days for starting the fight, a reputation that caused him to be bullied even more than before, and a rumor that I’d smashed his left testicle and he’d never be able to function properly.

Neither of us won, though.

But I decided that day that I didn’t want to hurt anyone like that again. I didn’t want to leave someone sobbing on the floor, a target for the assholes and douches to hone in on. I hated being the one they’d torture, but I’d rather they come at me than someone I’d left out to there like bait. I didn’t want to ever be that person, but, it is in everyone’s DNA… 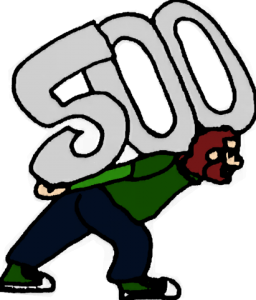