I am a night owl. I don’t mean that in the “I like to stay up until 2:00 AM” way, I mean that in the, “I like to get out of bed sometime around 5-6 pm and stay up until 9-10 in the morning” way.  This is not the same thing as having insomnia. I have no trouble sleeping during the day. For years, I’ve even been medicating myself with copious amounts of caffeine so that I won’t pass out at work. I am just naturally programmed to be awake at night. That’s my sleep cycle.

According to my parents, I’ve always been this way. They’ll tell you stories of toddler Matt sneaking out of his room in the wee hours of the morning to watch TV. I certainly have had an easier time sleeping with the sun up for as far back as I can remember. Being out in the daylight has just always seemed unnatural to me. All that this has really achieved is my extremely pasty complexion. Of course, my pallor is also one of the reasons I don’t go outside.

I tend to get sunburns.

When I was in fifth grade, I started to develop some of the very mild early symptoms of what I now know is a Social Anxiety Disorder. The more I was around large classrooms full of children, the more uncomfortable and irritable I would become. Being forced to go to school every day became a bit more of a nightmare as time went on. I got anxious and cranky. I tended to have emotional breakdowns for no reason at all. I cried often.

Kids are cruel. They constantly say vile, hateful things to one another. They pull themselves into hordes of gibbering insults and gnashing teeth to mob around the weakest kids and rip them apart, not just with words, but with fists and rocks. For a ten-year-old that was already developing a fear of people, the playground is a nightmarish hell. The taunts and japes might seem innocent to everyone else, but to the victim, it’s proof that there is something broken and wrong inside of him.

I’ve never been entirely sure how it came to pass, but for some reason, my very suburban bible-belt elementary school happened to have a large occult and horror selection. These included the basic Scary Stories to Tell in the Dark and Goosebumps books, but also included book after book of urban legend and esoteric lore. I began systematically checking out every book they had. I read and read. I poured over them and absorbed their madness.

When you spend most of your days being treated as though you are less than human and most of your nights reading about people who aren’t quite human, you begin to put two-and-two together.

All through middle school, as the bullying increased along with the anxiety, I slowly began to decide that maybe, just maybe, I wasn’t born human.

It was the only logical conclusion.

I started analyzing my weirdness. I went online and found forums and newsgroups filled with people who thought they were meant to be wolves, dragons, fey and even vampires. The term used in the community is Otherkin. It’s an entire subculture of people who just don’t feel like they’re human. Finally, there were other people who understood what I was feeling.

I spent a lot of time reading stories and forums on Otherkin community websites. It was the 90s, so there wasn’t really anything like blogs to speak of, but there was a pretty thriving system of message boards. I read about what other people were going through. There were horror stories of abuse and ostracization.

The more I spent time with the community, the more convinced I became that I was one of them. I learned about the different types of Otherkin and why the believed they were what they were. I came to one solid conclusion.

Obviously, I was born a vampire.

I learned all kinds of obscure vampire lore. I studied the fold tales about the various “blood lines” of vampires. I learned about the mythology of bloodsuckers from every corner of the world. I learned about vampires that gathered life force by drinking blood, eating bugs, or just by hanging out in a room full of people.

I decided I was definitely that last type, especially convinced when I read that one of the side effects of “psychic feeding” was feeling anxious and jittery around large groups. Social anxiety? Easily sunburned? Nocturnal? Sounds exactly like me.

When I entered High School in 1997, I finally began to make friends that meshed with my own views of the world. They were the outsiders and geeks. I felt comfortable for the first time with kids that lit candles, burned incense, and made precise symbolic motions with dull knives. I found a place with the kids that believed in the Occult and Magick (with a K!). They were always kind to me, and I never felt like an outsider when I was around them.

I didn’t really know what the “Goth” scene was back then. I’m not entirely sure that you would have called my little group of geeks goths, anyway. We didn’t wear long black coats with white face paint and black mascara. I wouldn’t have a friend like that until I met Yeti_Detective a couple of years later. These were just kids that liked to listen to depressing music, play Dungeons and Dragon, and maybe create a gris-gris bag to protect their house from burglars on a Saturday night.

Around them, I began to come out of my shell a bit more. I spent less time on the Otherkin forums and it slowly got pushed to the back of my mind. It wasn’t that I ever really stopped believing I wasn’t human. I can assure you that the concept played a pretty heavy role in the madness that was my early twenties. It was just that with these friends, I didn’t need to worry about being human or not. They wouldn’t care.

I confided in my friend Brian at one point what I thought about my humanity. He looked at me, smiled, and just said, “If you think you’re a vampire, you’re probably a vampire.”

Eventually, those friends began to graduate and move away for college. I became busy with my extracurricular activities, specifically theater and forensics. Our little clique of dark geeks split up and went our separate ways. I resumed my progression towards a nervous breakdown, and they all did whatever it is they all did.

I wish I knew what had happened to them all. It is very likely that without them, 14-year-old Matt might not have been able to deal with feelings of alienation and anxiety. I would never have learned to find people who accepted me for who I am, and I wouldn’t have ever felt comfortable accepting myself, sun allergies, elongated canines and all.

2 thoughts on “I Was a Teenage Vampire” 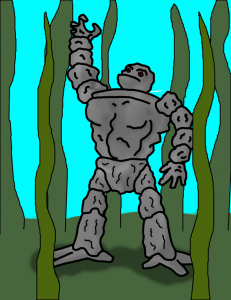 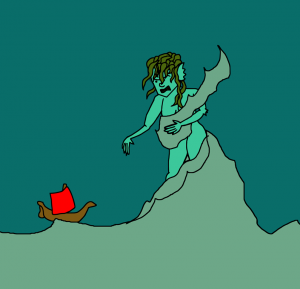