I have to admit, that I was pretty happy with the What-You-See-Is-What-You-Get editor in WordPress. It wasn’t until I started my LARP blog over on Blogger that I really went looking for a third party editor. They built in editor for blogger is just a clunky, crappy, mess. It has no real features to it, and it’s a pain to use. After scrounging the net for the perfect piece of software, though, I found something I truly loved from a company that I’ve spent the better part of five years loathing: Microsoft.

I suppose that I shouldn’t be too surprised. Since they basically went out and bought every great Linux developer in history, the quality of their software has sky rocketed. Windows 7 (in my opinion Windows Linux with the KDE 4.0 UI) has really impressed me, and now I’m not sure if I could write without Windows Live Writer.

The basic WYSIWYG editor has some great built in features, allowing for better formatting of images and videos than you really get from even the WordPress editor. It integrates pretty seamlessly into WordPress and Blogger, and boasts a host of other platforms as well, but I haven’t really tried them out yet. Probably most surprising was that it also downloads the templates from your blog so that you actually work with a fairly decent representation of what it’s going to look like live.

My only complaint so far is that I had to download the Polaroid Image plug-in to be able to caption images. Installing plug-ins was easy, though, and it was the very first one on the featured plug-ins list, probably for that reason.

I think having a stand alone editor outside of my browser has increased my productivity by quite a bit, too.

So, if you’re looking for a great little WYISWYG, give it try. I think you’ll be pleasantly surprised with the outcome. 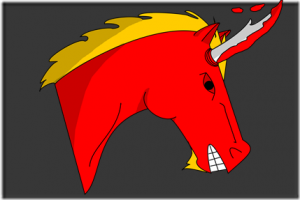 Day 15: A Song That Describes You