Try as hard as I can to be better, I still constantly feel like I’m letting a good friend down. The truth is, one of my friends needs someone to lean on pretty heavily, and I don’t know how to be that person anymore. I used to be good at it, I think, but it’s been a long time since I was strong enough to be the support anyone needs and those skills have atrophied.

I think, compounding that, is the fact that I’m somewhat jealous of this friend. No, the life they’re living isn’t perfect, or even really what I want by any means, but some things seem to come so naturally to this person that it makes me angry that they don’t take advantage of those gifts. How many times do you sit and listen to them complain about how easy certain things are for them before you snap and stab them in the throat with a unsharpened pencil? How many times do you offer the advice on the things you are actually good at only to be ignored each time before you write them off as a lost cause?

For me, that answer seems like it’s infinite. I don’t know that there will ever come a time when I just bitchslap a friend for being so blind to how good the world can be for them if they just put away the things that they use to hold themselves back.

AND DON’T THINK I’M NOT AWARE OF THE HYPOCRISY OF MY STATEMENT!

Life blows, and it isn’t getting any easier. If anything the world seems to be getting darker and more difficult every frackin’ day. It bleeds me dry to think that there is someone I care about that I have no ability to help. It makes me sick to think that nothing I do really matters in the long run.

See, I’m not a good friend.

There is only about a 30% chance that the friend in question will read this, but I think I’m going to go ahead and put this here anyway. Why? Because, honestly, when it comes to things outside this blog, I’m basically an emotionally cripple, and maybe, some of you need to hear it to.

Look. I know that things are pretty messed up right now. Life is not going the way any of us ever expected it to. We’re all constantly facing the demons that we’ve created for ourselves, and a lot of the time, it feels like we’re losing. I don’t know if there is a magic answer to all the crap going on in the world, and I know that you hate hearing crap like this, but I believe that there are solutions to every problem. I genuinely believe that rewards equal effort.

I know that I’m about as stable as a mudslide in northern California, and that everything I say to you could probably be said with as much honesty and meaning to myself. I know that I’m telling you things that you don’t want to hear. I know that when I same them, they slide off like water on a duck’s back. I know, because I’m the same way, with many of the same issues.

It’s time, though. It’s time to stop running from whatever it is that hides inside your mind and rips at your self-confidence. It’s time to stop hiding who you are from yourself. It’s time to stop believing that you don’t deserve better. You do, but it isn’t going to just fall into your lap, no matter how much you may believe that’s the only way you’re going to get it.

You are a fighter, and it is time to fight.

There are two ways to look at the world. Either the world is your bitch, or you are the world’s bitch. It’s time to stop clinging to the world’s inside out pocket.

It isn’t going to be easy. Nothing is ever easy.

But, damn it, I’m standing right here with you, swinging the metaphoric crowbar and emptying your spit bucket, or whatever it is the guy in the corner does besides holding the mouth guard.

Remember, even Sylvester Stalone was able to take down Ivan Drago. That shit wasn’t staged, either. That was a real fight and dude was a genetically modified cyborg from Russia.

I think you can kick your mutant-cyborg’s ass, too.

10 thoughts on “Diary of a Bad Friend” 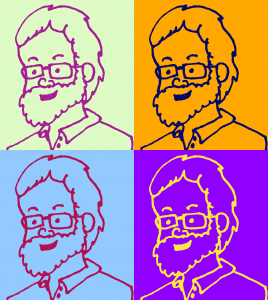 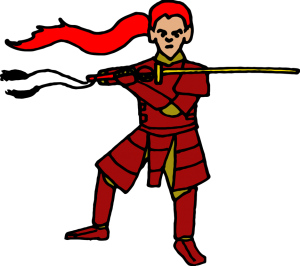