What defines an adult?

No, Seriously, how do we know when we’re an adult? There should be some form of clearly defined rules for when you have gone from being a schmoe into being an actual full on, honest to God, functioning member of society, e.g., and adult.

I’ve decided to make a checklist to see if I fall into that category of adult, instead of, you know, just a guy. Being the industrious man of the people I am, I decided I would head out among the populous of cyberspace to see what everyone else thought defined adulthood.

“When I see highschoolers dressed in the fashion of their time I think they look stupid.” @Yeti_detective

Ok, its going to happen to all of us, and it happens pretty quickly and without you realizing it. You’ll be out with your friends, and you’ll look over and see them, the gaggle of annoying teenagers. They’ll be doing something funny, something they think is awesome, but you and you’re friends will look at them, and simultaneously, one thought will cross your mind.

“What the crap is wrong with these douchebags.”

You won’t call them kids. You can’t yet. At this stage of adulthood you aren’t ready to admit that you’re older than those cool teenagers. Its just part of it. Its cool. Besides, chances are, you’ll say something along the lines of, “I can’t believe they spent $75 bucks on a pair of jeans that already had the knees cut out.” Yes.. you did it then, but you judge them now, because:

Remember when 20 bucks in the pocket meant  it was okay to just go blow it on McDonald’s and Movies? Man, don’t you miss that feeling? Not anymore, though. 20 bucks these days means a third of a tank of gas.

Besides, there are bills to pay, rent (or god forbid you’ve gone so far into adulthood as to have a mortgage!), utilities, that 401k investment. The money put aside into the saving’s account you keep so you can save up for something awesome, like a new computer, or washing machine.
The point really is, though, that your money all has predetermined destinations, and if you do have a twenty you can blow on something frivolous, chances are it comes from the “spending money” section of your budget.

Of course those are things you definitely have to worry about in stage 3:

Whether its a baby, a dog, a plant, a cute little kitten, or just your sea-monkeys, there is something that relies on you for its very existence. You are responsible for its feeding, drinking, pooping and maybe even breathing. You simply cannot fail to provide for it.

Pretty much once you hit this point, you are dangerously into the area of incurable adulthood. Of course, there are benefits to these warm cuddlies. They give you all kinds of happiness in exchange for a lot of insanity and stress. Plus, sometimes, you can use them as an excuse to reclaim some of the lost times from your youth. Nobody questions you when you prop your baby up to watch Transformers with you.

You have to be careful, though, because you might hit the rock bottom, the absolute end of your youth: 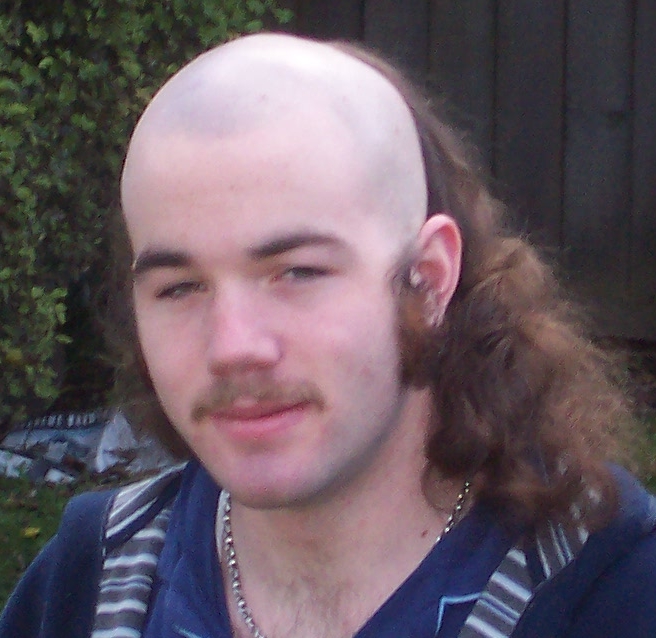 This guys has lost his cool, and can never get it back.

“I check for cops before I urinate in public.” @Yeti_detective

Sometimes, just when we should be settling into our roles as a brand spanking new adult, we do the opposite. We freak out and start chasing after all those lost dreams we had to give up for our stable job, shiney home, and gurgling baby. This leads to many bad things, especially fashion decisions or playing football when we know our knee can’t handle it anymore.

Once we’ve crossed the threshold of the dreaded “mid-life crisis” it becomes the ironic nail in the coffin of our youth.

There are plenty of cool things about being an adult. I hear grandkids can be nice, and I imagine that getting the fat senior citizen discount on your breakfast buffet would be a pretty sweet deal. Its an inevitable path anyway, we might as well give in and roll with the flow.

Besides, nobody tells a real adult that they need to clean their room or eat their veggies… nobody has to.

Still, its not going to stop me from watching cartoons.

So, what was the moment you knew you were an adult?