The March 21st release of the film Divergent saw crowds lining up to catch what is only the latest in a series of films based on YA dystopian book series. Looking at the $54 million it took in on opening weekend, it’s probably safe to say the public hasn’t tired of the genre yet, but in a sea of so many films, how does it stack up to it’s most obvious competition: The Hunger Games, and is the opening weekend success a sign of more to come?

When The Hunger Games series of books were released, they were a breath of fresh air for vampire fatigued YA readers. Based on the massive success of the Twilight films, it was a logical step to turn the books into films, and after only two films (out of four) the series has brought in an astonishing $832 million. Given the similarities between the two series, it seemed logical that when Divergent was first published, it became a best-seller and was adapted into a film. In fact, none of the books in the series had even been published when author Veronica Roth sold the film rights to all of them.

Given the numerous parallels between the books, but also their identical target audience, pinpointing which one is going to come out on top isn’t easy. The Hunger Games (which you can watch through streaming services or video on demand on many TV packages) was the first to the punch, so THG’s Suzanne Collins wins in that regard, since her series will always be the go-to point of reference for further YA dystopian films. However, Roth became something of a young prodigy when she wrote the first book at the tender age of 21 while attending Northwestern. Her perspective as a woman barely out of her teens is noticeable when it comes to the inner struggles the main character, Tris, faces. While THG’s Katniss comes across as bold and selfless by volunteering to put herself in the Hunger Games instead of her little sister, many teens today simply can’t identify with that kind of selflessness. They’re much more likely to identify with Tris’ rebellious decision to leave her family and home faction (the city is broken up into five factions based on personalities) in order to pursue her own interests.

When it comes to the way the films were put together, again their differences become apparent. Divergent features a run down, gritty looking Chicago, complete with decaying landmarks like the Navy Pier Ferris Wheel and Hancock Tower. However, a common complaint in reviews of the film is that it was filmed mostly in a state of permanent gray fog, meant to symbolize a post-apocalyptic type of world. It was an interpretation from the book perhaps taken too literally. THG meanwhile relies heavily on the outdoors and CGI, and is visually dazzling in that respect.

Like so many other novels and films, the battle between these two teen dystopian franchises comes down to personal preference. While there are good and bad things about both films, their surface similarities belie the deeper plot points that make them so different – differences which will only become more apparent as the rest of the films in each franchise are released. That being said, the comparisons between the two will likely never stop; it’s simply human nature to compare. The best advice that be given on this is to simply see (or read) both, and then decide for yourself. 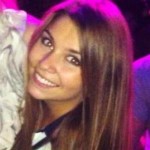 Elizabeth Eckhart is an entertainment writer and blogger born and raised in Chicago, Illinois. She has a penchant for high fantasy, and loves anything that involves an epic battle of some sort. She can be followed on Twitter at @elizeckhart. 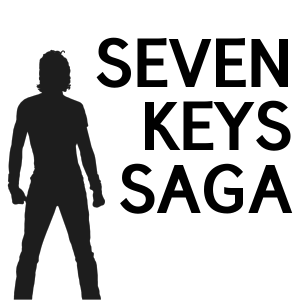 I keep finding white hairs in my beard…