I thought I’d give you all a little update as to where I’m at.  Officially, I’m just a stone’s throw away from the 50k goal. I’m sitting at exactly 48071 Words. That’s really about two hours of writing left to go for the word goal, but I’m only 2/3rds of the way through what I have on my outline. I would have finished up Wednesday night, but I had a very good reason to not work on it for a couple of days.

My house has been overrun by all manner of gluttons. Of course, I will soon be entering into a Thanksgiving induced coma, which means I probably won’t push out the last 2,000 words until Monday or Tuesday.

Talk about Cutting it down to the last second.

Maybe no, Maybe I’ll wake up tomorrow, and the turkey haze will have faded and my house won’t be uncomfortably full of people. It’d be nice to be able to get some work done, but I don’t think that’s very likely to happen.

On the plus side, I’ve heard a rumor that tomorrow everyone is baking cookies, and a little bird told me that we might just go see the Muppet Movie. That’s worthy the Monday Freak Out that will pop up from realizing that I hadn’t written a single word since today, but at least I’ll have also gained about ten pounds.

Right now, I’m getting ready to head to bed, while part of my family is out on the front lines destroying our economy by participating in National Consumerist Day, which is when we pay the Chinese Price on Chinese Products. Really, it’s the point in which we just say, “Fuck it, I hate America!”

I’m okay with that, maybe they’ll bring me back an Asus Eee Tab 10” tablet. Best Buy has some for like $250, plus, you have to stab a man in the throat with some garden shears, but I think that’s worth it. I hope my sister-in-law agrees.

2 thoughts on “Drawing in on the Finish Line #NaNoWriMo” 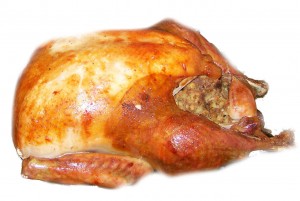 Day 29 – A Song From your Childhood