My father launched a blog this week. He has posted three posts. The first explains why he created a blog instead of just posting his stuff on Facebook, the second is celebrating Mother’s Day, and the third is his definition of success as a blogger.

That’s right. My father has been a blogger for a week and already understands the foundations better than I do.

I’m not upset. My dad is always ahead of me. He’s got a 26-year head start and has my mom on his team. It makes it hard to have a come from behind victory.

I’ve been blogging for seven years and still don’t know why I do it. I obsess over the answer, but I never find one. I am an ironic Captain Ahab, figuring out my life’s purpose is my white whale. Maybe the quest to find meaning is the meaning.

How’s that for some Monday morning philosophy?

When I started, I always assumed I would just be successful without ever knowing what it meant. Success was pornography. I’d know it when I see it.

It is a passive way of looking at the world. I have way too much ego to be passive.

The Start of My Quest

My 30th birthday hit me when I was standing at a crossroads.

A month earlier, I packed up my stuff and moved across country. After six months of lying around, ambitionless and depressed,  I was working again. But, I had squandered all of my life savings and turned it into massive debt.

I was broken, beaten, and kicked to the dirt. But, I was pushing myself back to my feet. All I needed was to figure out where I was going from there.

The day after my 30th Birthday, I wrote a short blog post about dreams. I read it again tonight and focused onto one paragraph I don’t remember writing:

I’m just saying that being 30 means something, I’m sure.
I just can’t, for the love of pants, figure out what exactly that is.

Four years later, I’m still trying to figure it out.

I’m good at learning. If someone smarter and more dedicated can figure something out, I can come along behind them and glean basic understanding for myself. I’ve honed my skills at accumulating knowledge into my greatest personal asset.

For finding your life’s purpose and defining what it means to succeed, you can’t rely on anyone else to figure it out for you. I know because I’ve spent the last four years trying to use someone else’s definition of success as my own.

I believe and learning from the past. The people I want to emulate have already figured out a lot of the hard work for me. I need to adapt what they have done or myself.

So, I’ve wasted time trying to apply that to my personal happiness. I’ve used their measuring sticks to find what I should work towards. I never put my spiritual weight into it. I wanted money or freedom, minimalism or materialism. I did what other people did to make themselves happy.

Except for the one thing that matters.

I still don’t know how to turn the things that make me happy into a driving goal. I’m not sure how to take the things I’m passionate about and enjoy and turn them into a theme for guiding my life.

But, I know what I don’t want.

Don’t Go Where The Shadows Are

I need don’t want to gain power at the expense of others. I wouldn’t turn down being Pharaoh of earth, but I wouldn’t use my army of super intelligent mites to pull it off. They are far too aggressive and would cause too much pain and suffering.

I don’t want to live it up security and borderline poverty. Fame isn’t important but I don’t want to be forgotten before I die. I also don’t want to struggle from paycheck to paycheck, barely keeping the bills paid and never able to do anything extra. Somehow, I want to escape economic slavery.

I am more picky about what that stuff is these days, but I want to stop enjoying stuff just to save money your emotional clutter. I like clutter.

I don’t want to feel anchored. I’ve inherited “itchy fee” for my parents. Every few years I get the urge to pack up all my crap and head out across the country. I want a permanent home base, but I don’t want to be tied to it.

When I was unemployed and useless to society, I had wine a weekend of absolute joy.

Kansas City was about to be hit by its second blizzard, so I jumped in my car with only two changes of clothes and my tablet. I left it in o’clock a.m. and drove south until almost one in the morning. Then, I found a hotel, checked in, and spent two days watching television and typing on my tiny tablet keyboard.

After three days, I came home.

I got the first marker. The first signpost on my way to knowing how I define success.

I love the road. I love driving around, stopping when I feel like it and going wherever I feel like going.

If I’m alone, I can fill the distance with audiobooks and podcasts. Or, I can just let myself feel the miles and miles of silence.

When I have someone with me, I will drive through the night, filling the hours of deep, meaningful conversations. The conversations I only seem to have what I’m behind the wheel of a car or around a campfire.

Home is where my stuff lives. Half-museum, half-sanctuary. It is the place I can retreat when the world gets too loud.

I want my home to be a sanctum, not an anchor. I don’t want to put down roots.

Maybe I Have My Definition

I suppose that’s what success means for me.

I will be successful if I living life of location independence, with enough income to not worry about going broke or into debt again, but also not pushing to have billions in the bank. I’ll be even more satisfied if I can do it by minimizing the suffering I add to the world and maximizing the emotions and wisdom I’m exposed to.

I want to live a stable and adventurous life by connecting with and learning from others.

Now, I have to figure out how to do it.

4 thoughts on “My Definition of Success Is My White Whale” 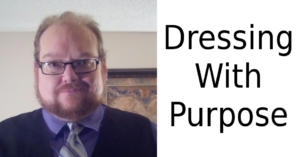 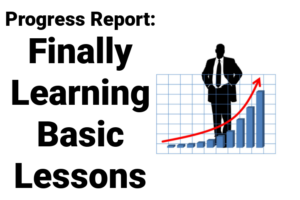