Should I stay or should I go, now? 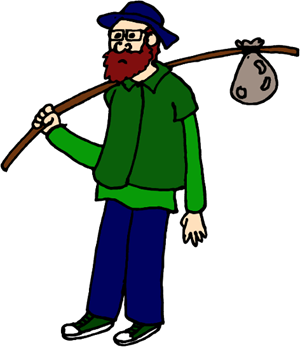 If I stay there will be trouble.

If I go there will be double.

So come on and let me know.

Should I stay or Should I go?

To Finally Make up My Mind

Last week at work, I threw a small fit. It was pretty minor as far as my tantrums go. I only started a handful of fires. I only threatened physical harm to the tech support guy on the other end of the phone. I didn’t even unleash the battle-penguins. Still, I got pretty upset, and in a moment of flaming headed rage, finally said some things to some people who I should have said weeks, and in some cases years, ago.

For those of you that don’t know what I do for a living, the most proper term is probably “Cubicle Monkey.” I sit in a dirty, 30-year-old cubicle with walls stained brown with years of accumulated cancer dust, hacking away at a keyboard. Often, I even have to answer the phones and talk to people. It isn’t the most horrible job I’ve ever had, even though I have to talk to people, but it’s not an awesome, exciting job, either.

Sure, there are times when having a boring, explosionless job is beneficial. I haven’t had to fight to the death once since I started working here, and the chances of being eaten alive are pretty damn minimal, but, it becomes more and more clear to me every single day that I am going increasingly mad here.

My cubicle sits in the abandoned remnants of the Aerospace Defense Command building used by the Central Air Defense Force prior to the creation of NORAD 1.  It was built with all the state of the art safety technologies that World War II could create. It has the finest of lead paints, the thickest of asbestos insulation, and of course, windowless, flat walls made of steel re-enforced concrete several feet thick.

It’s not drear or depressing at all…

Now, all that being said, I’ve been tramping around here since I was knee-high to a gnat, so if I was going to get brain damage or liver failure from the lead paint, I’d probably have it now. I can also take comfort in the thought that lung and heart problems are much more likely to be caused by cigarette smoke than toxic fire-proofing. As far as not being able to see the outside world… well, that’s highly overrated anyway.

No, my big concern is that this building is probably haunted…

Things have gone wrong around here an increasingly rapid rate and everyone is always on edge.

Sure, it might be that tensions are high as we transition from one set of owners to another. It might be that some of our machines predate the need for an Aerospace Defense program. It might be that a Cold War Era KGB operative disguised as Keri Russle are actively seeking to sabotage us because they mistakenly believe that we’re still the CADF. I find all of those to be increasingly plausible, but I still think the most like scenario is angry ghosts.

Or the seepage of military developed hallucinogens in our ground water.

I accept either of those answers.

Still, for the last few months, our equipment has been falling apart and the feeling of the employees here has grown increasingly tense. None of us are feeling particularly comfortable working here anymore, and I feel a little bad for our new boss.

He was pretty much thrown to the haunted, rabid wolves.

So, to make a long story short…

Yesterday, I spent all day doing the IT work in my office. We had a complicated Power/Internet/Telephone/Plumbing/Nuclear situation arise, and as usual, it was up to me to solve all of those problems in the one way I know how:

Now. I’m not sure how many of you have ever had to deal with any corporate Tech Support, but it is an extremely enraging, demeaning experience. There are only 3 possible scenarios when you make that phone call.

Option 1 – Tech Guy who is Googling your questions.

Growing increasingly likely in the US is a support industry made up of the least competent people on the planet. I’m fairly certain anyone with any skill is desperately avoiding getting a call center job, and that leaves guys that dropped out of high school because their blood alcohol level was too high to finish. This is the absolute worst case scenario because it not only makes you feel like you’re alone in a world full of morons, but it usually leads to a situation getting worse. When I get one of these calls, I am forced to start at least one fire to purify my soul.

Fire really is the only way.

Option 2 – Tech Guy from the US that Knows His Stuff, but is a dick about it.

If you get a call center that is in the US and it is not an incompetent dude, it’s this guy. He is going to be as condescending as possible the entire time you’re on the phone. It won’t matter how knowledgeable you are when you answer or ask questions, he’s going to assume you’re about as smart as his co-workers, which we pointed out in option 1 means about as smart as a jelly donut.

It’s not entirely his fault he acts this way. He’s the only guy in the place that knows the difference between left and right, so he gets the majority of the calls.

If you have ever worked a tech support or customer service call center before, you know the truth about humanity: Idiocracy was a conservative view of how stupid people can be.

This guy gets all the worst calls, and it has turned him into a horrifying monster that will make you want to kill yourself.

My personal solution for dealing with this guy is to just take it.

I know how he feels, and there but for the grace of God, go I.

At least he knows what he’s doing.

If you are extremely lucky, you will get a tech support call with a guy in India.

I know that a lot of people hate talking to someone from overseas, but in my experience the call centers in India are all staffed with polite, kind people who actually know what the hell they’re talking about.

Sure, it takes a bit to get used to the accent barrier, but once both of you get the hang of it, there’s no problem at all.

I call a lot of tech support, so I’ve gotten pretty used to hearing an Indian accent, and I’m pretty sure they’ve gotten used to mine.

I just hope I never have to talk to a tech support guy in a country like Australia. I can’t understand a damn thing Crocodile Dundee says.

So, I got a combination of Option 1 and Option 2

When our tech finally showed up, he was a day late and about as knowledgeable as a mason jar filled with moonshine. In addition to not actually knowing why he was here, a fault for which I blame his dispatcher, not him, he didn’t know how to do what I needed from him once I told him. He brought us the wrong equipment for our company; a residential single use modem in place of a professional grade modem/router. He didn’t know how to configure it once he had it installed, and was genuinely baffled that it didn’t all just work out of the box.

I get that. In our modern world, things should just work. That’s the way of things.

He did what I would do in his situation…

I don’t blame him for calling in reinforcements when he got in over his head. That’s just common sense. What bugged me is that after talking to the tech guy on the phone for a few minutes, he handed his cell phone to me.

This is where I got to talk to what would be my third of eight tech people from AT&T in one day. The first was an early call when I wanted to find out where the crap my on-site tech guy was, and had been fairly pleasant but unproductive.  The second guy knew his stuff a bit, at least enough to lead me through the trial and error of getting one of my computers online, but not on the network. That was a big step as it allowed me to go in and print off some of our emails and things so the guys who had network access could at least do their jobs. It was an extremely sub-optimal victory.

The Moment of Truth

During this whole process, though, our network went offline for about 5 minutes. It caused just enough of a problem for our network software to go down. It was this little inconvenience that caused me to finally just let go of hoping that I’d ever be happy doing this job.

When the network went down, I got snapped at.

Not by a boss, or someone who has any authority over me, but by a coworker that doesn’t know anything about computers.

It was enough to put me over the edge.

I stewed in my juices while I finished my work, but something had boiled over in me.

I’ve been afraid of being unstable for a long time. I’ve been worried that I wouldn’t be able to survive without the solid ground of an easy, steady paycheck under my feet. All of that changed. My ego caught up and passed my fear. I could feel it coming around to lap it again.

I was done worrying about it.

I did myself a favor and called in an expert. He’s the one that told me all I needed to do was change the router’s ip address, and once I was able to get my hands on the right hardware to do that, it all took minutes to fix.

It galled me, and I was done with it.

Now, I’m faced with a decision. It isn’t a very hard decision. I put down an ultimatum. I gave the new boss my notice and informed him that I would stay if I was paid for extra for IT work, they hired an IT guy to do it for me, or if I was able to do the IT full time instead of as an afterthought to my sales duties.

So far, it seems like they think I’m bluffing.

That’s probably because I was happy and excited to start working for them on the 2nd of January. I don’t think they realized that I was happy because I thought I was done dealing with all of this excess bullshit.

I don’t need their job.

Once upon a time, I worried about making ends meet. I worried that I’d never be able to stand on my own again.

Then, I remembered that I’ve always been able to before.

This job is not what gave me the strength to do that.

It is what sapped that strength from me.

I’ve slept really well since I made that realization.

So, they can call my bluff, and I’ll make the decision when I have to, but I’m done. I’m done being treated like a lesser resource. I put in 75 hours the week before Christmas. I single-handed re-entered five months worth of orders and jobs in three days.

No, I’m not irreplaceable here. No one worker ever is.

I am not a minor resource, though. I am a very powerful one, and I can find someone else that is willing to pay me for that skill.

Never settle for less than you’re worth. 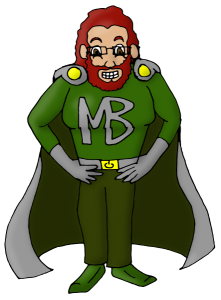 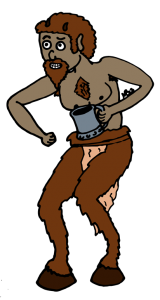