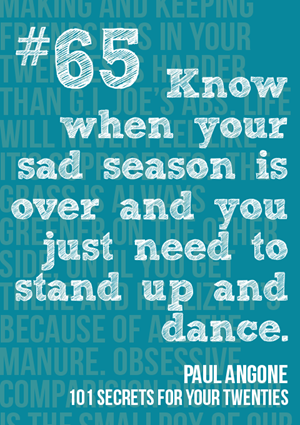 “For years I felt like I was just an actor in my own life, hanging out in a trailer smoking a cigarette as I waited for God to write a scene worth my time.”

-Paul Angone, 101 Secrets for Your Twenties

It’s no secret that I’ve been going through a pretty heavy rough patch lately, or more accurately always. I’ve been struggling with that balance between the need to become a practical adult and the drive to dream bigger than the moon. I’ve struggled most of my life with depression, angst, and a deep worn sense of spiritual neglect. I’ve been waiting, to quote Van Wilder, for the “Dare to be Great” situation. The last few years have been a balance of hardship and pain, and I’ve found myself staring into the great black oblivion and considering jumping off.

That’s how I’ve been for the last few weeks. Sitting in my dank basement apartment, hiding from the sun and focusing on how much I’ve failed at life. I’ve been counting my regrets and bottling my losses for safe keeping. I’ve been building a box-fort out of my personal baggage. I’ve been feeling alone, broken, and done. I’m still waiting for something to happen, hoping that maybe I can squeeze the pain into something productive at the very least. Then, something happened.

Paul Angone put out a call, looking for a handful of people to join his launch team for 101 Secrets.

If you’re not familiar with Paul’s blog, All Groan Up, you’re missing out. I’ve been following him for a while now and always manage to get a grin and a giggle from his posts. A few months ago, Paul put out a list of 21 Secrets for Your Twenties, and All Groan Up really took off. I think AGU really hit it’s stride with that post, and the dozens of others like it that truly resonate with me. He has a clever sense of humor littered with irony and a bit of 90s pop cultural obsession that just screams out “iGeneration.”

To put it bluntly, Paul is one of us, but a little bit wiser.

101 Secrets for Your Twenties

When Paul announced that he was looking for some people for his launch team, I did something that I think would make him proud (and follows the advice of Secret #2), and signed up. I didn’t think he’d pick me to be part of the team. I’m a nobody with a website that is only read by his mom half the time, but, a few days later, I got a message that he’d accepted me and I was suddenly very nervous that I wasn’t going to be worthy of his offer. I was terrified I would be a let down. Of course I was, I’m always terrified. Paul emailed me a copy of his book and I started reading, expecting to get a much longer version of the 21 Secrets list. I was partially right.

As I sat and read, I began to get a sense that Paul was writing to me. I’ve been in a pretty dark place, and he seemed to be putting the words down that I needed. He was telling me the single most important thing anyone can say to another human being, “I get it, you’re not alone.” In a time when I have been dealing with being broke, unemployed, alone and miserable, his words were like a sunbeam through the clouds, “It’s all going to be alright.”

Over 200 pages of stories, anecdotes and generally obvious advice that seemed to be written for me.

Paul gave me exactly what I needed to hear. He gave me some hope and a sense of belonging.

I didn’t know when I signed up for Paul’s book that it was one of those moments when you’re doing exactly what you need to do. I think I expected some humor and a bit of wisdom. I didn’t expect a wake-up call to the fact that the world isn’t as isolating and lonely as it seems.

Sure, my dad might not need advice on relationships and love, he’s been happily married for almost 40 years, but I think he’d find something here that resonates with him.

It’s a book filled with some universal truths. The sooner we can embrace them the better off we are.

I don’t think there is any adult in my life that wouldn’t benefit from reading through this book. It’s a fast read that really resonates in the heart.

A Letter to Paul Angone

I just wanted to say, “Thank you.” I’ve been in a pretty rough place for the last few months, and this book really shed some light on why I’ve been feeling that way. I know it isn’t a cure-all. I know that I have a lot of work ahead of me, but, I think if I hadn’t gotten this book exactly when I did, I might not have been able to pull out of a nose-dive into depression. A part of me wishes that I could have read this book 5, or even 10 years ago, but I know that I read it when I needed it most.

I’ll be keeping it on my bookshelf and recommending it to everyone I know. We all go through dark times, and this book is one of those that really helps bring it into perspective.

Thank you for sharing your experience and reminding me I’m not alone.

Do yourself a favor and pick up a copy of Paul’s book, available on Amazon. While you’re at it, head over to All Groan Up, then follow Paul on Twitter and Facebook. 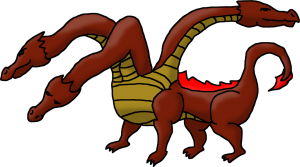