They made me draw that house, tree, and person probably a dozen times over the years. Always followed by the stupid questions that I knew they were using to judge me. “Why are there locks on the windows?” “Why is there a hill in front of the house?” “Why is the person standing in the driveway?” “Why is the tree so small?”

My Problem with the House-Tree-Person Test

When I was in fifth grade, I was sent to the guidance councilor on a fairly regular basis. I was sent to guidance councilors before that, but it was my fifth grade teacher that decided there was probably something very wrong with me. I think she was having a hard time figuring out why I could score perfect scores on every test or in class assignment, but never handed in homework. She probably figured that meant there was something wrong with my home life. I’m guessing here. I don’t know her motivations. I only know what the school councilor asked me about, and I know about the stupid, infuriating tests.

For those of you that have never been accused of being a sociopath by an elementary school teacher, the House-Tree-Person test is a psychiatric analysis test administered primarily to children. The child is asked to draw a picture of a house, a tree, and a person, and then the psychiatrist asks them questions about what they drew. Supposedly, they are able to interpret all kinds of things from this test, mostly centered around social interaction, self-esteem, home life, and intelligence. I imagine that when used by a trained professional, the test can be a great diagnostic tool. I don’t think I have ever seen it administered by a real psychiatrist or psychologist, though. Just under-qualified, biased guidance councilors.

Let me tell you about my experience with the H-T-P Test.

I’m sitting in class, pretending to study something about Math. I’ve never liked math, but I’ve always been pretty good at it. I am barely paying attention. I don’t have to pay attention in school. I never have. I don’t understand why people even go to school most of the time. It’s rainy and cold outside, so we’ll probably have in-door recess, which is okay with me. I don’t like the playground either. I’d much rather sit in class and read or draw. I love to read and draw. Of course, they won’t let you do that in class, even if you already know how to divide fractions. Seriously, everything about school is horrible.

There is a double knock on the classroom door, and the teacher opens it, allowing the school councilor to step into the room. She is a short, plump woman in her mid forties. She has an air about her of someone that wants you to think they care about you, but couldn’t give a shit less. She looks down at a square, white piece of paper in her hand, then looks up scanning the classroom. I just ignore her.

That’s right. I don’t even get to have my own, full name. I swear there are more Matts than there are Tiffanies. I wouldn’t mind if they would actually call me by my name. It’s only three syllables. It isn’t that hard to say. They won’t, though. No one really wants to know your name. It’s easier to remember letters. It doesn’t matter that there are five other Matt Bs in this school. One of them even shares my birthday. It makes me feel disposable. I am the only one in this class, though, so everyone turns to look at me. I look up at the guidance councilor, confused. I haven’t done anything to get taken out of class. I won’t even have another detention for two more days. I get one every three days. It’s classroom policy. Every three times you don’t turn in homework, you get a detention. It doesn’t matter if you are still a straight A student. At least it’s fair. Everyone has the same rule.

The councilor waves for me to go with her, and I stand up and start to follow. “You should bring your things, you probably won’t be back before the end of school.”

Now, I’m really worried, but I do as told. I gather my books from my desk and carry them to the back of the classroom where my coat and backpack are lodged into a cubby hole on the wall. I stuff everything into my backpack and cross back through the sea of ten-year-old eyes. They’re all staring at me. They all seem to know that there is something strange going on, but they don’t know anymore than I do. Normally, the guidance councilor only comes for the kids that make a scene and disrupt class. Those kids eventually end up in little desk-prisons, separating them from the rest of classroom society. Nobody seems to care that it basically means they’re never going to be able to learn anything. I secretly hope they do that to me. Then I could read and draw during class.

I just nod. Why is this happening to me anyway? I don’t want this. Worrying about it makes my face get flush and hot. I can feel the pressure behind my eyes. I don’t want to cry again. I don’t like crying. I just can’t stop it from happening. I cry all the time, especially when I’m angry or frustrated. I cry, or a throw things. Crying is probably the better choice.

Her office is made of pale blue cinderblocks. She has a short desk, like the kind students have, not the kind teachers have. She sits down in a big, cushy office chair, and has me sit down across from her. My chair is metal and plastic. It’s a student chair. Students shouldn’t ever be comfortable. That’s one of the rules of schools.

She leans down with her elbows on the desk and looks straight at my face. Not my eyes, my face. She would never look me in the eye. I hate it when people do that. Her expression became a forced smile, and she very calmly asked, “How are you feeling, today?”

“Fine.” My voice is high pitched, even for a nine-year-old boy. High pitched and soft, I’ve been told it’s whiny. She must agree with that because she grimaces when I answer. Her face isn’t good at grimacing. It’s too round. The expression distorts all of her features and makes her face look like a rotten jack-o-lantern.

She asks me other questions. I answer her with one word answers. I don’t want to be here. Why can’t she just send me back to class. I didn’t do anything wrong.

“Would you like to draw,” she asks out of no where. Now she has my attention. Of course, I want to draw. I nod excitedly, and she gives me a piece of paper and a box of crayons. The BIG Box.. with 64 colors. She lets me just draw for a while, and I draw some stick men fighting in a stickman war, or running through a deadly stickman obstacle course. She collects papers from me as I finish drawing on them. She lets me draw for a long time. This is actually better than being in class. “Can you draw something for me?” Again, I nod. I like to draw. “I’d like you to draw a picture of your house, with as much detail as possible.”

I do as she asks, working as best as I can from memory. My hands don’t seem to be able to form the picture I have in my head, but she wants detail, so I try to give details. I draw the shingles, and the window shutters, and the window locks, and the oil spot in the driveway, and the banister on the front porch that runs across the railing with it’s vertical bars. I draw the front door, with the peep-hole and the doorknob. I draw the garage, with the handles. I draw everything I can remember as best as my hands will drawn them. When I’m as close to being done as I can get, I give her the drawing.

“Oh, this is very good,” she says and actually sounds genuine. “You pay a lot of attention to detail. That’s good. Do you mind if I ask you some questions about this drawing?”

I’m excited, she likes it. She can ask me all the questions she wants. “Sure!” I’m excited about this now. Maybe I won’t have to go back to class.

“Why did you draw the locks on the windows?”

“Because windows have locks.”

“Do you think other people would draw the locks on the windows?”

“Other people have locks on their windows, even if they don’t draw them.”

“Ah,” she writes something down on a clipboard. “What about the bars in front of the door?”

That’s when I realize that this is a test. She’s testing me. She wants me to give her answers so she can learn something about me. I don’t know what she wants or why she wants it. I don’t like  being tested like this, and I hate being tricked. She tricked me. My eyes are burning again. I can’t stop it. My shoulders are already pulsing. I don’t want to be crying like this, but I can’t stop. She tricked me.

She hands me a box of Kleenex. I blow my nose and wipe my eyes. It doesn’t really help. My body shakes when I try to talk and my words come out in broken chunks. “Y..ou… Tri-tri-tri-tricked m-me.” I hate her for making me cry. Why does everyone always try to make me cry.

WHY DOES EVERYONE HATE ME?

I can’t stop once I get started, not until I have no tears left in me. I just convulse with the lack of breath, my face burning red, tears and snot running out of me. She lets me cry, and watches it run its course. When I’m finally done, she hands me another piece of paper and asks me to draw a tree.

I answer her questions. I just want to leave. The bell rings, and I get up to leave.

“We’ll pick this up again next week.”

I don’t know what made me remember all of that today. I know now what exactly she learned about me that day. No, she never told me. I suspect she told my parents, but my parents didn’t ever believe in telling me there was something wrong with me. That isn’t the same as doing their best to help me get through depression and anxiety, they just never said anything to me about it.

I never trusted councilors again, but I kept seeing them through all of school. So many times growing up , I was on the edge of breakdown, and they’d send me to a guidance councilor. I never felt like they were there to help. I always felt like they wanted to be the one to record the exact moment when I fell over that cliff. Maybe I’m jaded and biased.  I never felt like I was being helped.

Kids go through a lot of things. They deal with emotions that adults don’t think they’re able to even feel. I’ve actually heard psychologists say things like, “Juvenile Bipolar Disorder is a myth, kids can’t be bipolar.” Well, maybe that’s true, because maybe all kids are a little bipolar. I know they can be depressed. You know what doesn’t help them? Taking them out of class in front of all of the other students, making a show of how they are a freak. It doesn’t help to push them and prod them and ask them questions you already know the answers to. It doesn’t help to decide that they’re a cause. 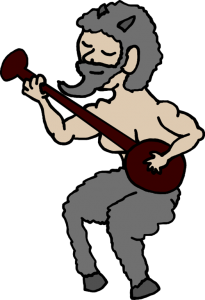 We Have To Be Better