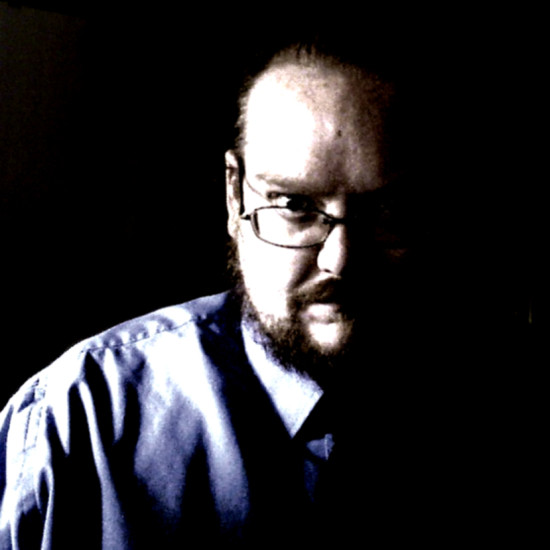 M.A. Brotherton is a writer, blogger, artist, and fat-kid exiled from his ancestral home in the suburbs of Kansas City, Missouri to the deadly wilderness of Montana. He’s tasted a little bit of everything the Midwest has to offer, ranging from meth-tweaking rednecks in massive underground cave complexes to those legendary amber waves of grain. When he’s not writing, he spends most of his time screwing around on the internet.

More Than What You Wanted to Know About M.A. Brotherton

I am a doodler and a wordsmith. I don’t like using the terms “artist” or “writer” because they sound like they have important meanings behind them, and then I have to take what I do seriously. It’s hard for me to take myself seriously. I’m far too comically shaped.

I grew up mostly in a suburb of Kansas City, Missouri. I love my city. It’s a magical place constantly underappreciated because it lacks an ocean and isn’t pretentious about its own awesomeness. KC is an awesome city and everyone that spends time there falls in love. Sadly, I moved away from my homeland in July 2013 when I was exiled to the mountain-filled vistas of Montana. Not that I’m complaining. This city might not have any people in it, but the views are wonderful. You can’t sit outside in Kansas City and write to something like this:

Moving to Montana might have actually been one of the best things to have ever happened to me. Sheer boredom drove me to finish my first book, Choices close to the end of 2013. After that, I remembered how I always wanted to be an author, and as a result, wrote a few more books.

I am an avid reader and I will read just about anything I can get my hands on. If you’re the kind of person interested in what I’m reading, I suggest becoming my friend on Goodreads. I do want to warn you, though. I am also fairly competitive and I take the yearly reading challenges very seriously.

More Than You Wanted to Know about MABrotherton.Com

In the fall of 2010, I decided that I needed to take all those things I had bottled up inside of me and put them on the internet. I didn’t have a purpose. I didn’t have a motive. I just needed to get them out. At first, I was keen on taking a soapbox-style approach to the situation by creating what I called the “Screaming Voice of Reason.” I focused on trying to explain my point of view on politics and pop culture. Since I’m a bit of a misanthrope, this mostly was me venting about things my friends and family cared about and I didn’t. While some of those posts were well written, for the most part they’re horrible. They are still available deep inside this website archives if you dare to go looking. I wouldn’t bother. I’ve gotten a lot better at both writing and picking my battles over the years.

In December of 2010, I joined #Reverb10 and found a community of personal and lifestyle bloggers that became a part of my extended support group. The prompts from the first year of Reverb helped me identify some of the things that were going through my head and pointed out exactly why I was writing. I needed to get away from my own emotional baggage, and maybe, just maybe help someone else at the same time.

Over the last (almost) three years, I’ve been working towards understanding why I need to write. I’ve been trying to find the purpose behind the compulsion so to speak.

I haven’t really gotten any closer to that answer.

But, if you like seeing what goes on inside the mind of an angry, depressed, crazy Midwesterner, then read on, Internet Person. I will do my best to not disappoint.

These are the most visited blog posts on MABrotherton.Com:

Unlike the list above, these are not in any particular order. They are just my favorite posts on the blog.