One of the things on my list for adulthood is to get a spankin’ new suit. Right now, the money to get a new suit is a little tight, so I started off with a hope and a dream, and bought a hat.

It’s nothing particularly special, a simple black Trilby style fedora, you know, so I can get my Ska on. Immediately after donning the new chapeau, I was told I now needed a “Blues Brothers” suit. I never really thought of myself as the kind of guy that would rock that look, but now that I’ve spent a few hours breaking in the new felt, I can feel it.

The only problem is I don’t actually own any white socks. Even my athletic socks are black. Sue me, I’m emo.

Once upon a time, I had a small hat collection that I was quite proud of. That was before thievery and fires left me with a baseball cap I got free from a truck line at work. For me, the hat is more than just a way to cover up my rapidly balding dome, it’s a center piece to all style. A man isn’t complete without a hat.

I have a vivid memory of my father, an imposing silhouette of a man towering over The Badlands in South Dakota, atop his head was the fedora that he always wore. In fact, the first hat I ever wore was that same hand me down fedora, and it is probably one of the things I’m most upset about having stolen when I was robbed in 2005. Why someone would take my old, sweat stained, battered and abused adventuring hat is beyond me. Of course, they stole some seriously strange things other than just that hat. That is a story for another day.

Of course these days wearing a hat has fallen out of fashion along with so many great pillars of masculinity. That’s why when I came across the Art of Manliness Article entitled “Bringing Back the Hat,” I knew that it was my duty to don a manly cap and help the world remember how awesome hats are.

I’ve actually spent so much time researching hats to start rebuilding my collection that I’ve developed a bit of an interest in millinery, or the art of making hats. I don’t think I’ll ever take it up full-time as a hobby, but, since I’ve decided to start doing some leather working in my rare spare time, a leather hat seems like a good idea.

Besides, I’ve always wanted a swanky red mage hat, and I figure I’ll have to end up making one myself. I don’t know of many places you can buy a swanky red fedora with a stylish white ostrich feather.

One thought on “A New Hat – On my Way to Gentlemanishness” 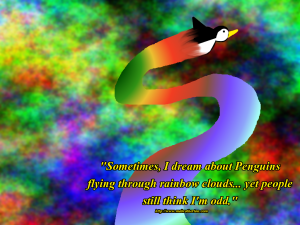 A Little Something For a Thursday