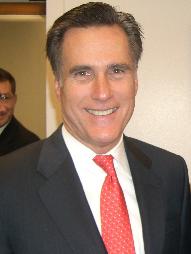 My name is Matthew A. Brotherton, but you can call me Matt.

If you’re a long time reader of this blog, you’re probably thinking that this is some sort of trick or ploy from someone who can be aggressively liberal. It’s not. This is a genuine offer for me to help you not only become POTUS, but also to save the entire planet.

Now, I don’t want you to misunderstand me. I still think that as things are now, President Obama is a thousand times the President you could ever hope to be on your own.

Still, I have my personal moral ethics, and they come into play here today.

You see, I’ve developed a compulsion to prove that all people and all viewpoints can bring a positive force to the world. Now I know that most enlightened and intelligent people disagree with me. For some reason the more “civilized” and “scientific” some people become, the less they seem to think that there is a harmonious, universal force that balances us all out. I don’t particularly want to live in that world.

I believe that at the end of the day, the universe insures that we all know the truth: That really we’re just a giant pile of crap being continually run down by a long line of semi-trucks caravanning across the endless expanses of Kansas.

Yeah, basically, I want to help you for the purpose of proving to my friends that we’re all already in hell and that they should accept that.

Still, some primal part of my brain holds strong to the faith that we can make the world a better place.

We’ll call it a flicker of hope that tells me that even though you have spent your entire adult life in the service of greed and corruption while claiming to do so on behalf of God, you too, can be turned into a savior.

After all, I’ve known some Mormons pretty well. Intimately well, even. They’re generally pretty good people, even if they’re eager enough to come off as creepy most of the time.

Which I suppose finally brings me to my 5 point plan for turning you into the POTUS and Saving the World from alien-zombies.

Look, I know you’ve gone by “Mitt” for a long time, but that name is stupid. Like a little bastardization of a much sexier, more intelligent sounding name, a name with an ‘A’ in it.  So, Willard Romney, we’re going to change your image, outlook, and poll rankings with one little switch.

Introducing to the world, Governor Will Romney.

See how much better “Will” sounds than “Mitt?” It has the double effect of giving a subtle psychological command while also not rhyming with excrement, which, just so you know, is a thing that people have noticed. Trust me on this one. If they haven’t, shame on them, I’ll have to start pointing it out more often.

Somewhere along the lines (I think it was the 60s or 70s) the Republican party went from being the Party of Lincoln to being the party of Nixon. NO ONE FREAKING LIKED NIXON! NOT EVEN NIXON LIKES NIXON!

Also, Reagan was a giant, moron dick. Don’t be like Reagan. Don’t be a dick, Romney.

Yes, I’m going to talk to you that way through your entire Presidency. It’s the only way you’ll know when I’m being serious.

Otherwise, you might as well expect me to just make the Secret Service fight in a series of Games similar to those Hunger ones. It will be epic.

So, back to the Lincoln thing. Lincoln was a Republican that believed in preserving the Union, with a strong but limited Central Government and human equality (as best as you could get in the 1860s anyway).  You’re going to Republican like that. That means you’re going to piss off people like John Boehner, but you and I both know that dude is about as important to the grand scheme of things as a cat turd, so it’s not a big deal.

Besides, I’ve seen pictures of you in High School, man, you’re a giant, closet geek. You know that pretending to be as dumb as the popular kids keeps you from getting beat up but makes you die a little inside.

I blame that response for everything you’ve done in your career to date.

We’re not going to get into specifics here, just know that I plan on reminding you that “Grass Roots” and “Tea Party” are swear words and that you’ve got to smash the Mitt out of them. Remember, that even if you do look up to Reagan, he had some advisors that were pretty smart guys. The current Pretenders to the title of “Republican” have banished them to the far reaching fringes… places like Libertarianism.

Look, I know that you were raised to believe that female sexuality is a crime against God, and then you married Anne, who is by far and away the scariest potential first lady ever… and there are rumors that Barbara Bush was a Satanic Zombie made of the parts of our Founding Fathers. I cannot confirm or deny these rumors, either. I signed a non-disclosure agreement.

Still, you don’t need to be afraid of lady-bits. I’ll take you out to some places and show you some videos on the internet, maybe a few Tumblrs you can follow, and boom, you’ll understand that you’re pretty backwards on the whole vagissue.

It’s cool. I understand how you were raised, but this is one of those things that  you’re going to have to accept on faith:

Women are people, too. I promise.

Really, no one is going to force you into birth control, either. We all appreciate the entertainment provided by giant families. Most of us would just rather not be part of them.

Besides, if you really piss off enough women, not even my rather impressive genius will be able to save you from their wrath. They have a mighty wrath, women… You have been warned.

Let’s face it. You’re down by about 200 Electoral votes in the polls and dropping. Seriously, Will, no body likes you right now. There is only one solution:

You don’t look like much of a fighter, but I know some people that known some things about how to kill a man barehanded, so we should be able to pull of a pretty quick montage and have you in fighting shape before the cage closes.

Of course, you won’t be able to get Obama or any of the Democrats into the cage, but you should be able to score a lot of votes just by being the most brutal candidate on the docket.

Hell, I know some people that would vote for you even if we didn’t fix all the other problems you’ve got going on based solely on your victories in the cage.

I hate to break it to you, but I’m pretty sure this is the Republican throw away election and you’re the Republican fall guy. Earlier, when I pointed out that Obama had a redonk advantage in the polls over you, I was being pretty kind about that.

You have a 4% chance of winning this election, and that’s factoring in all the help I can give you. You would basically have to become someone completely different from yourself in order to stand a chance, and not even I can work that fast. There’s only a few months left, after all. We’re talking a big change, too, like, You’d basically have to become a sexier, less offensive version of Bill Clinton. I’m a miracle worker, but I don’t think I can even make people think of you as anything past Herman Munster sexy, man. It’s just not going to happen.

So why not retreat, pass the nomination onto someone that you should really hate and want to see torn apart by the media. Someone like… I don’t know, Rick Santorum, that poor bastard would probably be eaten alive by the end of the week. It would leave the field open for you in 2016, after 4 years of my help, and working hand in hand with the current administration to kick some ass and bring America back to being awesome, you’d be going up against some no-name Dem and and handful of poseur GOPs.

Plus, you’d have 4 years of me coaching you in awesome to over come the negative stigma you’ve spread all over yourself. I mean, can you imagine what attending one white party in Ibiza could do for your reputation? It’d be better than marching in 10 Pride Parades.

Basically, Will, I’m going to need to change you completely into a decent human being if you have any chance of ever being POTUS. It’ll be a long, difficult journey, but I think we could do it together, For America.

2 thoughts on “A Letter to Mitt Romney”

Death throws of a Cornered Soul