Two years ago, I was ready to take on the world. I had a plan. Now, I’m just sort of drifting. 2012 was a hard, demanding year that just didn’t seem like it had room to tolerate any kind of hope. It was a soul crushing, heart wrenching, gut draining kind of year. It was a year filled with pain, misery, loneliness and overindulgence. I was not at my finest.

It Started Out Pretty Well

For the first 100 Days of 2012, I was doing great with the Daily Doodle. I nailed all 100 of the Drawing Challenge I started on January 1. I was proud of myself for that, and as the year grew longer, I began to let myself feel sad for not hammering out an entire year of daily doodles. Of course, life has a way of deciding what can and can’t be done, and it decided pretty quickly that this was going to be a year that I wasn’t going to get anything done.

My writing slowed down as the year went on, too. The more life piled on me, the less I had left to do what makes me happy.

I should always make time to do what I love. I shouldn’t make excuses to feel horrible.

Human brains weren’t evolved for logic and reasoning, though. They were evolved for deception and persuasion.

My brain is pretty good at making me feel like garbage.

I went into February feeling pretty hopeful. Historically, February has been cursed for me, but after a great February in 2011, and preparing a counter-curse in 2012, I thought I’d be okay. Turns out, I didn’t need to dread February. The rest of the months had decided to take turns hitting me with a monkey wrench… metaphorically speaking.

March was the high point of the year. The Scintilla Project really had an impact on me. It lifted me up, not just in writing the prompts, but in the support I got from the people involved. I can tell you, it was an ego boost to see the traffic soar up for those two weeks. It made me feel like I could do this for real.

So, I took a slowdown in April, finished out the 100 Drawing Challenge I started the year with, and coasted. I experimented a little with how I wrote blog posts. I shared a bit of my personal history. My story. I wanted to let everyone know that everyone is a bully sometimes, even the kid that gets picked on the most.

In May, I happily featured a series of Guest Posts from some of my favorite bloggers.

I also predicted that a certain anticipated movie would be overblown, boring, and lame.

Turns out I was right about the movie, but not the reasons.

People who are afraid to admit that they’re wrong are still arguing their case, but none of them have ever gone back and watched it again.

In June, I pushed a little harder. I tried to keep up with a Top 9 run, but it got the better of me and I gave up.

I also got preachy. This was not surprising, considering I started my blog for the purpose of ranting about things on the internet.

This is my private soapbox.

If you’re cruising the archives for May, be sure to read about being Fat and Happy. It’s ironic. As depressed as I get over just about everything, my body isn’t one of the things that triggers it. I just worry about breaking chairs.

By July, depression was starting to catch up to me again.

August was when life started to get complicated again. There was a lot of fiction writing because I didn’t want to deal with my real world emotions.

In September, I turned 29. Like always, my birthday made me a bit more introspective about what it means to be an adult.

September was the month in which my divorce was finalized, which led to some bad poetry.

I also hit my 2 year mark for the blog!

I’m not going to lie. I phoned in early October, and by the end of the month, was fighting off all of the triggers of a full blown depression.

By the time tragedy hit me in the middle of November. I was pretty much gone.

I wasn’t coming back for a while.

I’m not sure I’m back from it yet.

I’m not sure if January is looking all that up, either.

I’m still here, though, and for the first time in a long time, I’m ready to fight. 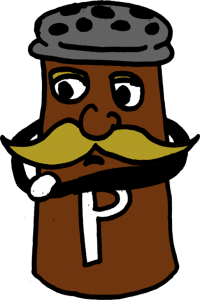